“Stella Jean’s man lives in the Chelsea Hotel and takes upon himself the craftsmanship of the stripes from Burkina Faso in a reality that encompasses the extremes of the globe in geographical and anthropological way. He shuns the spaces-product of the super-modern society in which millions of people cross paths without getting into a relationship. The concept of place lost its original meaning and it is, so to speak, deconstructed in a myriad of places that dramatically expand the space to track down the secret treasure of the altogether place.
In the infinite network of communications and exchange, of multiple directives, of paths and parallel straights, stacked and tangled, Stella Jean’s men carry on with them the tracks of a full soul and, as well as the stripes, they are points constantly moving and simultaneously a thousand points close together.The stylistic vocabulary of this Spring Summer 2016 strips of rigid figurative superstructurein the name of a distinctively geometric sign in which jumbles of stripes follow each other on a bold colour palette.
The Gordian knot is cut in the encounter among the stripes, symbol of rigor, order, intransigence, typicalof a very urban environment, and the human/manufacturing value of products stemming from an intricate creative kaleidoscope of hard-working hands, those of the women from Burkina Faso villages, in the name of the enhancement of local assets that are projected in a system of global networks.
The styling of opposites elements is the interpretation in a picture story that makes sense when the parka, as a tonic metropolitan symbol meets sandals that represent the earth, the village and its loosening. As well as the jacket, or the trench, and their immediate reference to an urban attitude, come to life in union with bermuda or swimsuit printed with patterns and colors that, approaching the equator, dictate relaxation and joy.“ 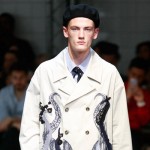 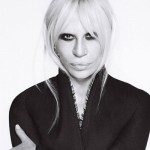