PRADA is sharing with us the first look of their Prada Uomo campaign starring Scoot McNairy, Michael Shannon, and Tye Sheridan photographed by Craig McDean.

Prada Men’s FW15 utilitarian, industrial show-space is echoed in the collection. Elegant, clean outlines dominate, with details suggestive of uniforms. The palette is predominantly limited to black, blue and grey tones. A heavy use of black nylon, alongside textured fabrics and wool, invokes the inimitable Prada DNA. These photographs are studies of what it means to be an individual stripped of artifice. A New Wave intelligence and daring inwardness. – from PRADA All three new faces of PRADA’s new imagery are the big screen’s most wanted men on the scene, Scoot McNairy starred in Batman v Superman, Dawn of Justice, Gone Girl and 12 Years a Slave, Michael Shannon worked on Man of Steel, Take Shelter and Revolutionary Road while Tye Sheridan you might know from Mud, The Tree of Life and X-Men.

For more of Prada Fall Winter 2015 campaign continue after the jump: 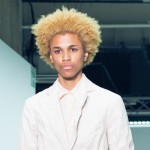 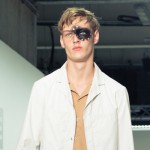