The Party issue of AnOther Magazine goes on sale on February 18, 2016 –  www.anothermag.com 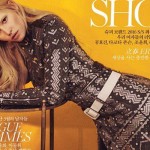 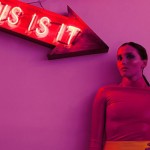