For DESIGN SCENE Magazine‘s 4th edition breakthrough Baltic electro-soul music duo BEISSOUL & EINIUS sits down for a chat with our editor KATARINA DJORIC to talk both music and fashion. The famed duo is also taking the pages of Design SCENE with a striking shoot captured by photographer DMITRY KOMISSARENKO. In addition to the out-of-this world locations, the duo is also wearing custom made masks by the renowned mask maker BOB BASSET. His masks took the runways of Givenchy and appeared in videos for Slipknot, Metallica and Avril Lavigne to name a few.

The story is photographed on the Hill of Crosses, Nida at the Baltic Sea as well as LAT one of world’s biggest Telescope, all located in Lithuania. When did you get interested in music, and what or who were your early passions and influences?

From the very childhood I knew I want to be an artist, not even understanding the real meaning of this word and a possible way of becoming one. Therefore I followed my inner voice and intuition. I never took part in any talent search or dance contests, neither in the kindergarten, nor at school, therefore no one could really see or feel my artistic potential. What I was doing instead, I was patiently exploring what I could do and what my areas for improvement were. The achievements accomplished by today resulted from the components mentioned above. Having said that, it is also important to mention that these results grow and expand by leaps and bounds.
I cannot name one or a couple of persons who inspired me. However, I have always been filled with admiration for people having “great voices”. It is always amazing to see their long-living musical path and to appreciate that these people are the one and only, best in their kind.

What do you personally consider to be the incisive moments in your artistic career?

It was Pantomime and Acting Technique studies in Lithuanian Academy of Music and Theatre where we were taught to perceive ourselves from the very deepest to the most superficial corners of our souls, ways to control and manage them, in order for every thought crossing in our minds to be conscious and reasonable, so that every student could “construct” himself according to an individual and unique model. Right after the mind started cooperating with actions, by all means serving for each other, “Beissoul” appeared with Einius joining in a bit later. How would you describe your music?

Our music is an outcome of free and spur-of-the-moment life, we call it ICONIC POP since everything we do on the stage is closely related to fashion and movement. We also become almost unrecognizable during our shows.

What do you try to communicate to the audience through your vibe?

The main aim is to demonstrate people how important and energetic their choices and commitments in life are and how far they can take them. We also believe that we can show people the way to turn their life into one big performance controlled by them, not vice versa.

Another important part is an ability to surprise yourself so that you could do the same with others. No one should be afraid of experiments, it is always worth looking for your place in the world of fashion, movement and unexpected areas, and be all together. How do you handle mistakes during a performance?

I put lots of effort so that every confusing situation would become “a cherry on a cake” in case it happens during the show. I have a talent of “playing” it with the help of certain acting elements and theatricality. It is commonly known that “life is about including everything”, therefore everything happens with no stress. Different situations take place and as the time passes, we always try take the best emotions and memories from there so that everyone could have a good laugh.

If you could be eternally stuck in one year’s music scene, which year would it be?

I would definitely be stuck in the last decade of 20th century (1990 – 2000), when everything was playful, real and went straight from the heart. Nowadays all of that is met quite rarely, and I really miss it.

What is one track that never gets old for you no matter how many times you hear it? Is there a popular track you can’t stand?
There are no such tracks. If I dislike something, I simply turn it off, then leave and forget it.

Does fashion play a big part in your overall image? Tell me about your style.

Fashion is one of the biggest “game rooms” where you can always find the most unexpected things that you like as well as a chance to create them for yourself. I wear huge hats during my concerts, some are from 1 to 2 meters wide. They work like “artistic satellites” spreading special energy that inspire for a productive artistic mood. I also like huge offbeat silhouettes which usually harmonize with my movements.

Fashion is the best way to get rid of one’s old movements and stereotypes, therefore sometimes clothes I wear put me in not the most convenient situations, but I always consider it a good experiment. For example, I have a collection of huge glasses through which I can see almost nothing, but it does it never an obstacle for me to move freely on the stage. Same as latex clothes which make my movements similar to snake’s. We also sometimes exchange various accessories, glasses, hats etc. during the shows. Last but not least are our fans who are a big part of our creative process. What are your future plans? Where do you see Beissoul & Einius in five years?

At the moment we are recording the third album to be presented this spring! Our future is Grammy Music Awards, and we are already getting ready for that. Of course, lots of fashion news are waiting for us in the future as well as cooperation with world’s best designers, performers and artists!

We do see ourselves as an unstoppable energy which absorbs lovely people of this planet like a magnet! 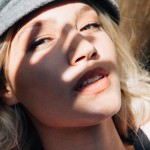 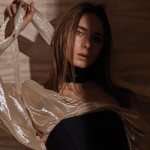