When it comes to decor everybody has their own taste. It can be posited that, ever since humans understood the concept of personal ownership, the need has been there to place an individual’s stamp of approval on both the idea and its instantiation. For those lucky enough to either charter a private jet or own one, one thing is for certain—the interior should meet specific travel standards that discerning travellers have become accustomed to. In the case of ownership, control of the interior design of your jet is much easier to maintain but, when you’re hiring a jet which is not yours, it can get a bit tricky.

Let’s say in your case you’ve already thought about hiring a private jet and just need to know the differences between one jet and another without calling a concierge. What stands in your favour is that companies like Air Charter Service have staff who are trained for matching you with your ideal private charter. Some of the most luxurious private jets according to TheRichest.com include

If you are now set on chartering a private jet using a reputable air travel concierge, then it’s best to also research the standards of interior decor which you deem fit.

When it comes to interiors, Nick Gleis has photographed over 800 private jets and he has been in the business for over 30 years. Many of the planes photographed by Gleis belong to royalty, dignitaries and heads of state ranging from Japan to Kazakhstan. Close to 70 percent of the work done by Gleis is in America, with the rest spread across the world.

So, if you pay close attention to such masterpieces as those contained in the work of Nick Gleis, you should know exactly what to expect when chartering your own private jet. 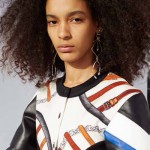 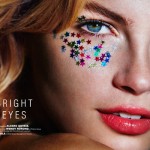