“For the Master the Light campaign, my idea was to show the movement of light and shadow, guided by the protagonists. The reasons of choosing Santiago de Chile as a location is primarily because of the interplay of light with the very specific type of architecture. The glass surface of the skyscrapers, for example creates interesting reflections and shadows.” – says Elena Petitti di Roreto Supermodel Clement Chabernaud is all the face of Hugo Boss spring summer 2016 menswear campaign, fronting the advertising few seasons in a row he has become the signature face of the fashion house. Clement ranked as a top model icon on MODELS.com is represented by SUCCESS Model agency in Paris while he’s also with d’men at d’management Group in Milano as well as IMG Models in New York and SUPA Models in London. While the ever gorgeous Rianne van Rompaey is represented by DNA Models in New York and VIVA Models in Barcelona, Paris and London.

Discover more of the new eyewear collection prepared for this season as well as the striking video after the jump: Also only for readers of DESIGN SCENE Magazine Free Shipping and Free Returns on ALL orders at Hugo Boss. Plus, Complimentary Alerations. No code necessary. 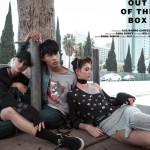 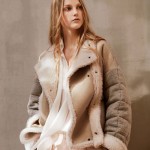