“I don’t think I have ever, ever cried in front of more than one person ever, ever. Because I grew up in this very ‘Emotion is weak, head up, move on, onward and upward’ kind of way. Which is not healthy. Will Smith was telling me he brought up his kids to put their emotions first, and when I heard that, I was just like, ‘Oh my God, that sounds like a fairy tale. Because emotions should be put first. It’s the most important thing. No, I’m not going to start crying.” – Cara on showing emotions. 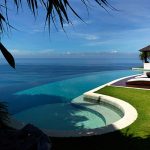 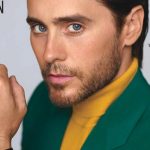