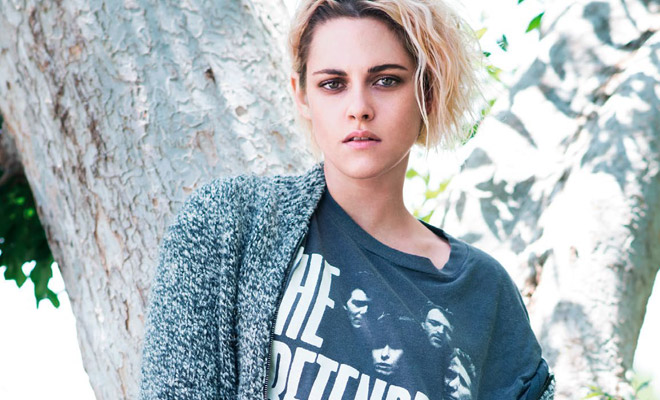 American actress Kristen Stewart teams up with fashion photographer Liz Collins for the cover story of British Elle Magazine‘s September 2016 edition. In charge of styling was Anne-Marie Curtis, with makeup by Jillian Dempsey, hair styling by Adir Abergel, and manicure by Christina Aviles.

“When I was dating a guy I was hiding everything that I did because everything personal felt like it was immediately trivialised, so I didn’t like it. We were turned into these characters and placed into this ridiculous comic book, and I was like, ‘That’s mine. You’re making my relationship something that it’s not.’ I didn’t like that. But then it changed when I started dating a girl. I was like, ‘Actually, to hide this provides the implication that I’m not down with it or I’m ashamed of it, so I had to alter how I approached being in public. It opened my life up and I’m so much happier.” –  Stewart on her relationships.