The second season and more than likely the last season of Scream the series comes to an end with a tired cliche. I entered into this series really optimistic. I’m a huge fan of the the horror whodunit genre and the Scream film franchise is one of my favourites. What makes me frustrated is this season abandoned the only intrigue the first season ended on. The first season of Scream The TV Series paid homage to the film franchise, it felt overly familiar to draw in fans of the films but started to carve out its own identity. I found the killer in season one predictable but the reveal of the killer’s accomplice was interesting enough to check back in when season 2 returned. Season 2 is where I hoped the series would take a new direction and shed the homage to the films. Scream did come back different, it came back unable to capture the campy wit and horror of the films.

This season Emma is back from a summer spent in the psych ward. Suffering from PTSD, Emma is trying to move on the murders and mystery of her past and start fresh. The killer’s accomplice from the first season isn’t so willing to let things go and starts to harass and haunt the folks who survived. 12 episodes feels too long to tell this story. I couldn’t tell you if the story took place over two weeks or a year; this season the narrative takes awkward pauses and resets each episode. Scream would have benefited from a shorter season that trimmed off the fatty bits of melodrama that so many tween shows suffer from. The formula here feels not unlike Pretty Little Liars. The killer seems to be omniscient and able to hack everyone’s computers, cell phones, find lost evidence and track the whereabouts of everyone effortlessly. The bulk of people killed this season weren’t integral to the story and predictably disposable. This season worked so hard to make you think that the killer could be anyone that the reveal had no shock value; you’ll see it coming and there’s no pay off. Scream needs a third season to wrap up the loose strings and save its reputation. Two seasons have built up to Brandon James returning. Brandon James being a misunderstood character that snapped decades before inspiring a new set of killers to wear his mask and pick up where he left off. Is he alive and if so what does he want? Truth be told I doubt the pay of for that will satisfy anyone. The characters in this series are flat out dull. Emma who is the central character the killers are obsessed with is neither interesting or intelligent enough to inspire the level of espionage and murder surrounding her. Having survived multiple attacks and having many friends brutally murdered the characters don’t have house alarms, they don’t lock their doors and sleep leaving bedroom windows open. It’s the kind of stupidity you can get away with in the first season but it’s insulting to viewers to care about a cast of characters that haven’t learned anything and don’t have basic common sense. I expect errors in better judgement to happen in horror stories but audiences deserve more.

I have a lot of negative feelings about Scream but I was really rooting for it. I love the premise of adapting cult classic horror films into TV a short TV series. If picked up for a third season Scream needs to get gritty, the characters need to adapt and show runners need to shave off at least 4 episodes. 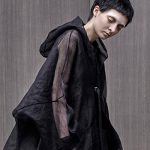 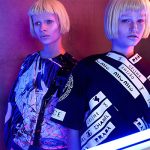