American superstar Alicia Keys takes the cover of V Magazine‘s Winter 2016.17 edition captured by fashion photography duo Inez van Lamsweerde and Vinoodh Matadin. In charge of styling was Jay Massacret, with makeup by Dotti at Streeters, hair styling by Christiaan, and manicure by Deborah Lippmann at The Magnet Agency. For the cover Alicia is wearing Giorgio Armani. 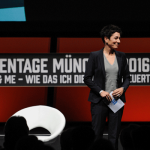 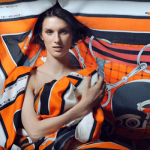