The world renowned Architect Thomas Heatherwick and founder of the Heatherwick Studio has designed the eye-catching CHRISTIAN LOUBOUTIN perfume bottles. Christian Louboutin knew he wanted an architect to shape the bottle of his first ever fragrance. Thinking of the greats such as Oscar Niemeyer (102 year old Brazilian Architect) the famed shoe designer due to the architects old age admittedly had to settle for his second choice.

Nevertheless the choice was no less fascinating – Christian Louboutin worked closely on the bottle design with architect Thomas Heatherwick. Discover more of the design and the story behind the process after the jump: What the designer had in mind for his women’s fragrance was the architectural sentiment, which in a sculptural form will blend the three nuances released as his fragrance debut. These three empowering bottles present ‘Bikini Questa Sera‘ a warm tuberose and jasmine scent,  ‘Trouble in Heaven‘ a mixture of iris notes and patchouli both engineered by perfumer Pierre Negrin as well as ‘Tornade Blonde‘ a red rose fragrance with nuances of violet and cassis by Olivier Cresp. I wanted to celebrate woman and her desires. I wanted these fragrances to enhance an aspect of her personality, or perhaps reveal something about her that no one knew before, maybe not even her, tell a secret, a story. I want to give women the means to express themselves and to delight in their femininity – shared Christian Louboutin As important as the small of the fragrance so was the packaging for the famed french designer, who found every corner of the statuesque bottle to be important. Still, the inspiration had to take a touch of the stiletto design lines, which simply said made the shoe designer’s brand famous around the globe.  This collaboration with Thomas Heatherwick was also an important step for Mr. Louboutin marking his first mutual project with another designer at the same time this is the 1st beauty packaging design by the celebrated architect.

Christian described the architectural way that he’d been thinking about nail varnish and the lipstick packaging and how he thought of all of these bottles like a city, during our first discussions we were like children it was like a game of table tennis in the way we were throwing ideas around. Christian was very open and generous to me and allowed me to play with the idea of fragrance and how it could be translated into an object. – said Thomas Heatherwick This was no easy task for the two creative minds, the project lasted for two years more than a year longer than they initially expected, yet both the architect and the designer made sure to find the right solution. The result is an ombre glass bottle design with an open split in its center. The dynamic element shapes the piece, with the bottle appearing to turn itself inside out to create a striking form which falls well into the hand.  Heatherwick was inspired by a type of pastry he enjoyed as a young child, still the idea itself to create such a form was a challenge and both the architect and the designer had to sought out some of the best bottle manufactures available internationally to find the perfect fit. I want you to experience the fragrance in the same way as you experience a piano note being played. So there is the “ping”, the first burst of the scent like the striking of the piano key, followed by a beautiful resonance as the note echoes its sound. There is one present moment, and then there is the trace, le sillage. I think of it as its memory – says Christian Louboutin

The design process behind these eye-catching bottles was based on the idea of folding surfaces by twisting glass to create an engaging and harmonious flow. 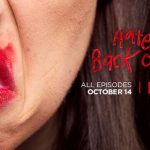