“She told me to stay cool and try to enjoy it all. Doutzen is a real inspiration, but I think everybody has to approach modeling their own way.” – Romee on Doutzen Kroes advice after signed Victoria’s Secret’s contract.

“I’d be in Paris to walk in a Louis Vuitton show without even appreciating what a big deal that is. So I don’t think I felt the pressure in the same way that I might have if I’d been older.” – Romee on starting her career at a young age. 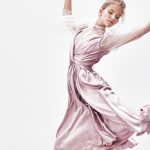 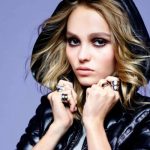