The British Fashion Council announced that Bruce Weber will receive the Isabella Blow Award for Fashion Creator at The Fashion Awards 2016 in partnership with Swarovski. At this year’s ceremony on Monday 5th December at the Royal Albert Hall, Bruce Weber will be honoured for his incredible creative achievements within the global fashion industry.

Bruce Weber’s notable photography initially graced the pages of GQ Magazine in the 1970’s, and he soon rose to conspicuousness with the Calvin Klein campaign featuring Tom Hintnaus in Greece. Weber’s signature stripped-back black and white photography captured the spirit of the moment, and he has continued as a standout amongst the most notable and commended photographers of his age. Weber’s work on campaigns for Pirelli, Ralph Lauren and Versace and for magazines, such as, Elle, Interview, Rolling Stone, Vanity Fair and numerous Vogues has brought about the absolute most innovative and iconoclastic fashion imagery to date. Bruce’s endurance is testament to his pure talent, his undeniable creativity and his singular warmth and generosity. His expansive body of work in photography and film is iconic, and he himself is rightly an icon of the creative fashion community. He is one of the foremost photographers and creative talents of our age who has helped shape the fashion industry we know today and I have a great deal of admiration for him. – Dame Natalie Massenet, British Fashion Council Chairman Sponsors of the event are SWAROVSKI, American Express, M•A•C and TONI&GUY. Official Sponsors are Cîroc, Marks & Spencer, Mercedes-Benz and SHOWstudio. 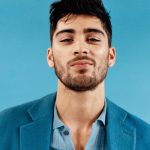 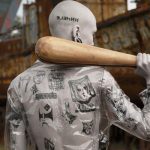