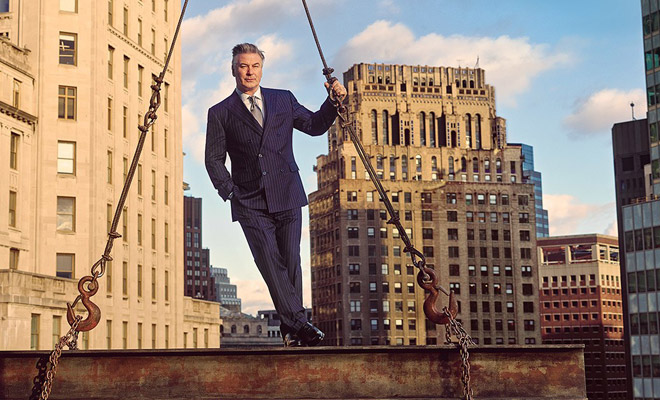 “When I first met Tina Fey—beautiful and brunette, smart and funny, by turns smug and diffident and completely uninterested in me or anything I had to say—I had the same reaction that I’m sure many men and women have: I fell in love. Tina was then the head writer at Saturday Night Live, and I was hosting that week’s show. The writers and producers were packed, impossibly, into Lorne’s satellite office overlooking Studio 8H, where S.N.L. is produced. (This was once Toscanini’s private office, when he directed the NBC orchestra in 8H. The building has quite a history.) When Lorne finished giving his notes after the dress rehearsal, I asked Marci Klein, who coordinated the talent, if Tina was single. She pointed to a man sitting along the wall. Or maybe he was standing? This was Jeff Richmond, Tina’s husband.” – Alec Baldwin on Tina Fey.