“I think Simon’s been spiking my drinks! No really, I have no idea why we are together, or why I find him so funny, I’m probably not all there, if you know what I mean! Plus, he’s been away a lot. I think marriages between pop stars and models are more likely to stay together than any other combination. A model will never cite travelling or time apart as a reason to split up.” – Yasmin on her marriage with Duran Duran‘s frontman Simon Le Bon. 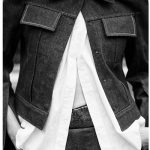 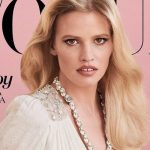