Calvin Klein‘s Chief Creative Officer Raf Simons has won both the Womenswear Designer of the Year and the Menswear Designer of the Year awards at 2017 CFDA Fashion Awards, held at The Manhattan Center’s Hammerstein Ballroom in New York City. The award is given by the Council of Fashion Designers of America to American designers who have made the most outstanding contributions to and have influenced the direction of women’s and men’s ready-to-wear fashion. 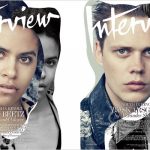 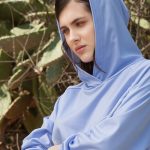