Visionary, influential and inspiring are overused terms, but in this case appropriate to describe Venetia’s work.  Venetia will continue the legacy of creativity and innovation for which British Vogue is known, positioning it for its next century – Edward Enninful

Venetia is highly regarded for her distinctive style, original casting choices and striking imagery. She collaborated with photographers Juergen Teller, Helmut Newton, Corinne Day, David Sims and Mario Sorrenti, making some of the most emulated images of the past two decades and have been credited with changing the face of fashion photography.

Venetia began her career at British Vogue as assistant to Grace Coddington, before cementing her status as a stylist working with magazines including British Vogue,Vogue Italia, AnOther Magazine, Self Service, The Face, Arena, i-D and Nova, where she was appointed Fashion Director. In 1997, Venetia began consulting for Marc Jacobs, becoming Creative Director in 2001, responsible for directing the Marc by Marc Jacobs line and associated accessories from launch. A move into photography began in 2005, with commissions from British Vogue, American Vogue, Vogue Paris, W, Self Service, AnOther Magazine, Dazed & Confused, POP, i-D, Document Journal, and Purple. – from Conde Nast 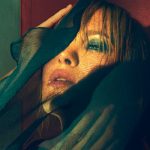 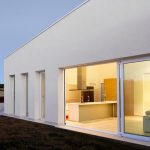