“For Fall 2017 at H&M, tailoring meets glamour for the ultimate statement in power dressing. Wardrobe heroes such as sharp blazers, pencil skirts and feminine blouses are freely mixed with fuzzy knits, shiny silver and cocktail dresses for day or night for a new take on glam.” 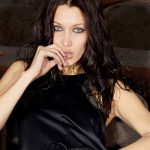 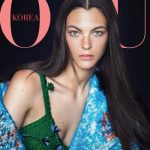