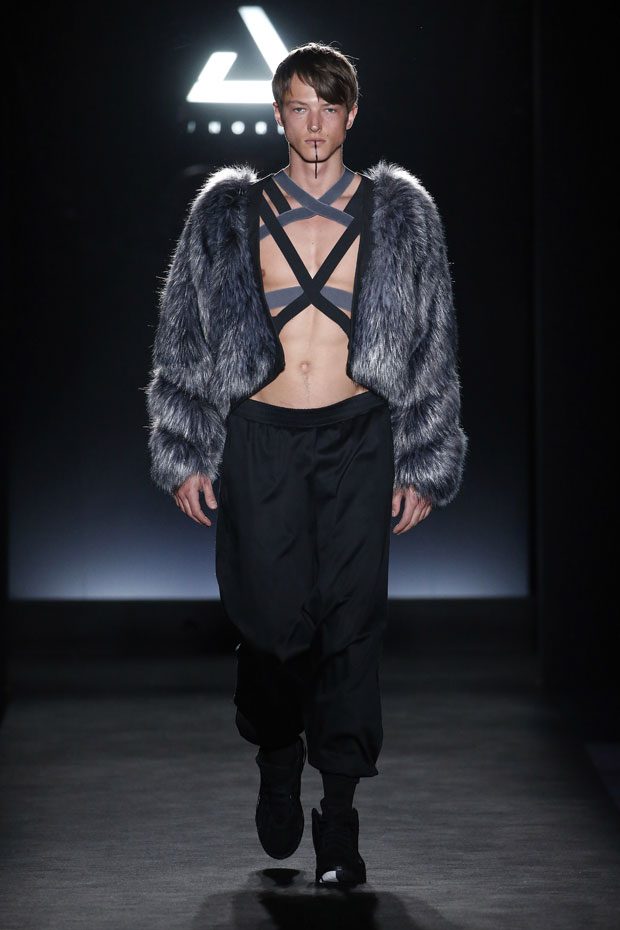 JNORIG presented Autumn Winter 2018/19 collection during the 080 Fashion Barcelona. For his second collection, Javier Giron was once again inspired by the fusion of two opposite cultures.

This season the collection ties together the cold from the Northwest Territories of Canada, inhabited by the Inuit, and the warmth of the Arabian desert and the Semites. Like the print of a cracked surface, that appears on several garments in the collection, could be interpreted as slates of ice but also a dried out steppe. The collection sees a continuation on geometric shapes, this time in the form of striped panelling inspired by garments worn by Inuit cultures but with a modern twist. Fabrics have an animalistic feeling, reflecting on the relationship these cultures have with the animals they live with, such as the curly wools and fake furs. – from Jnorig 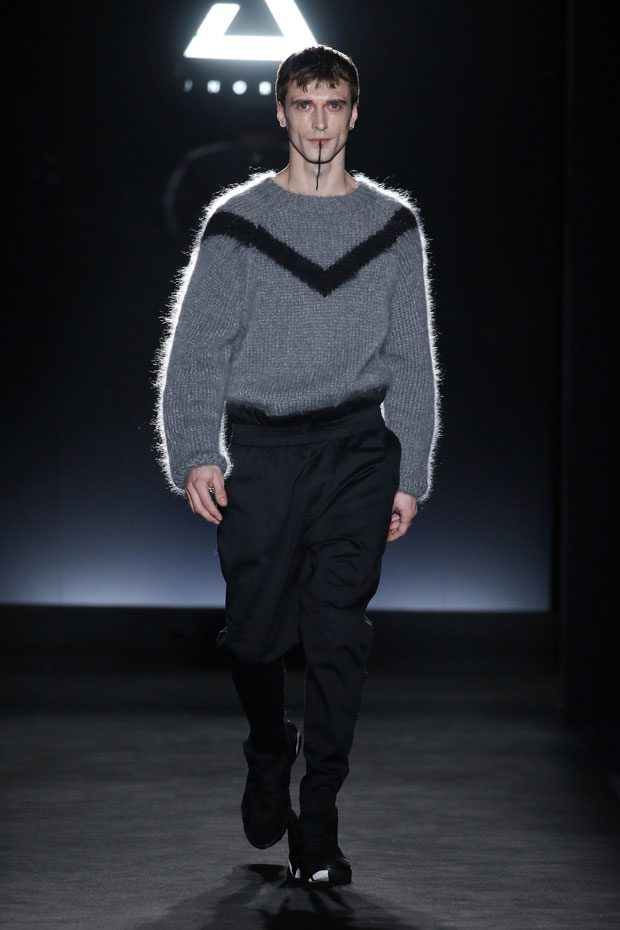 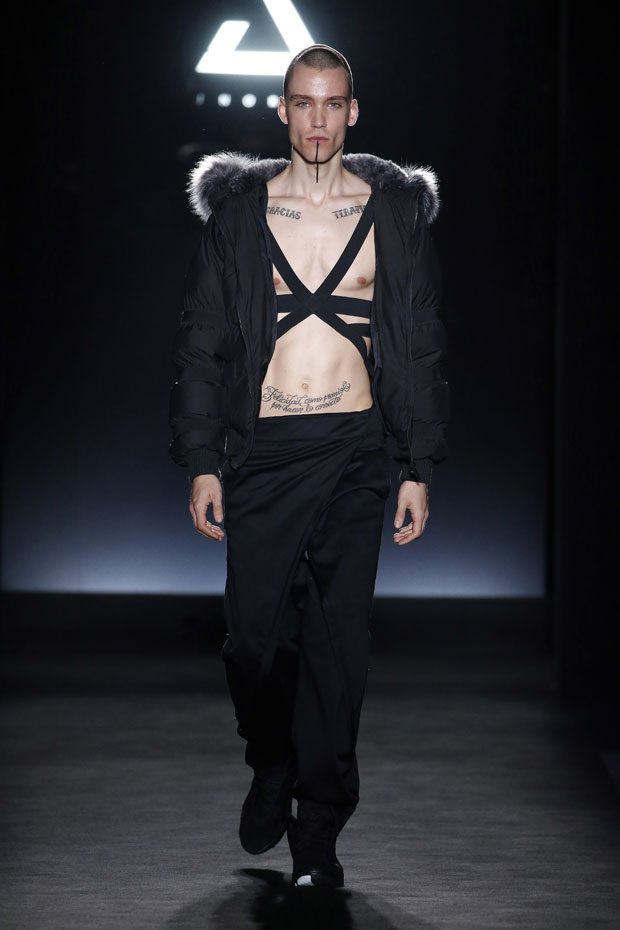 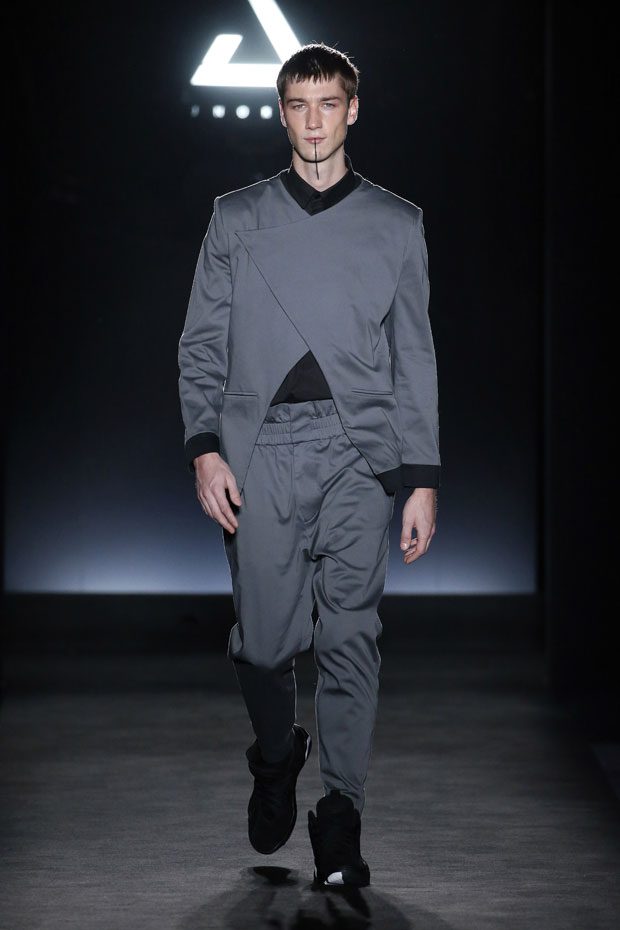 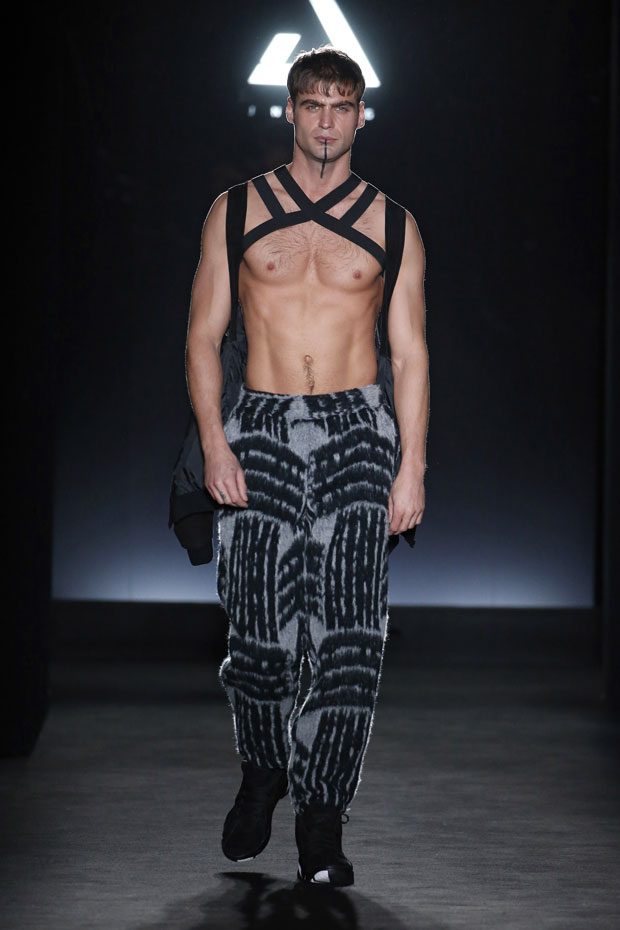 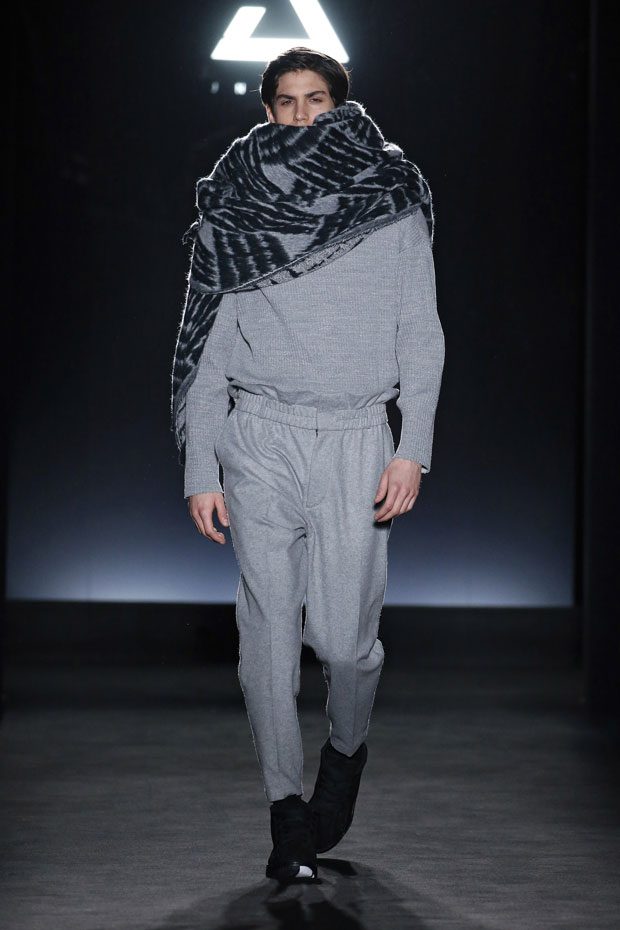 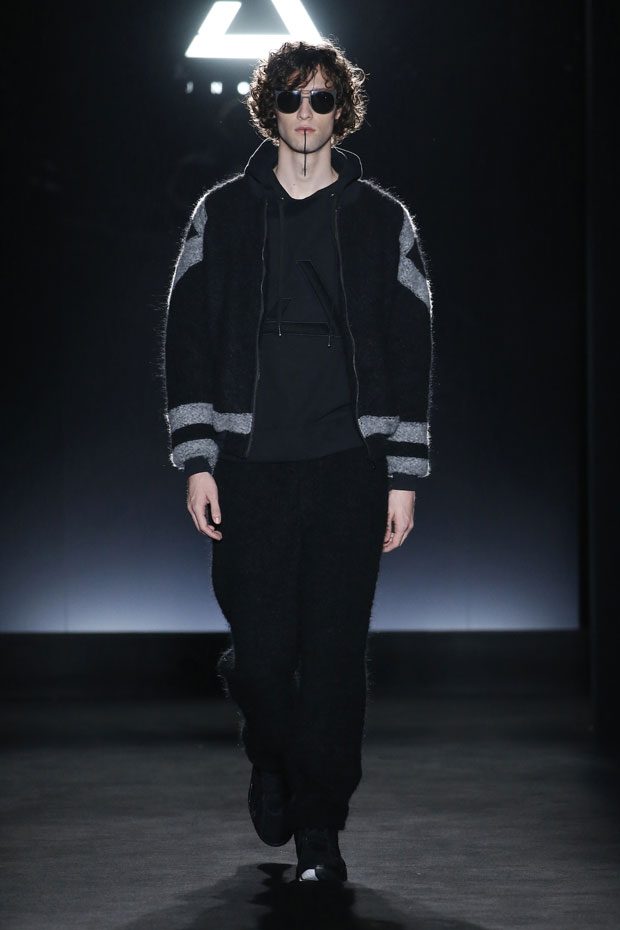 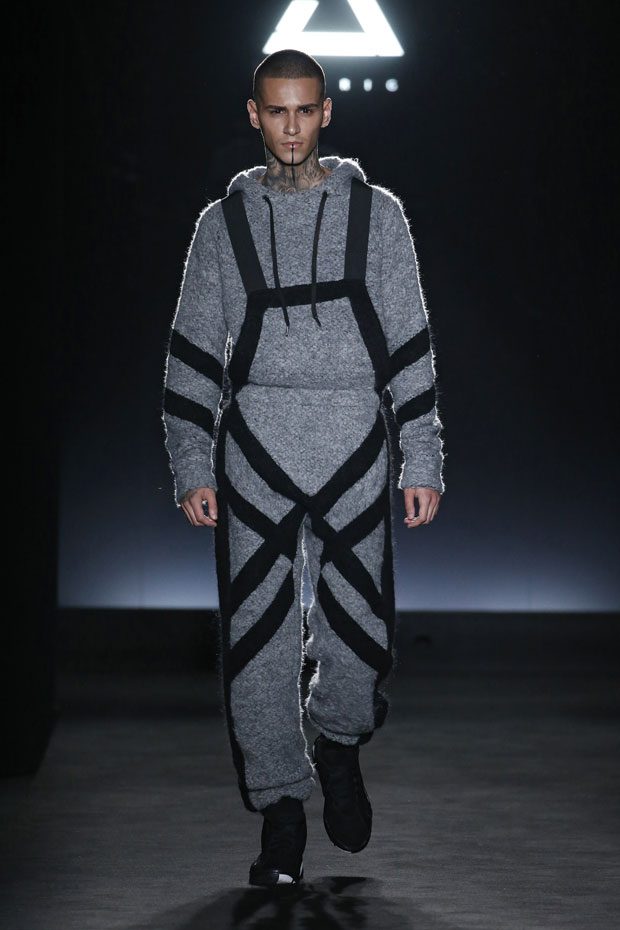 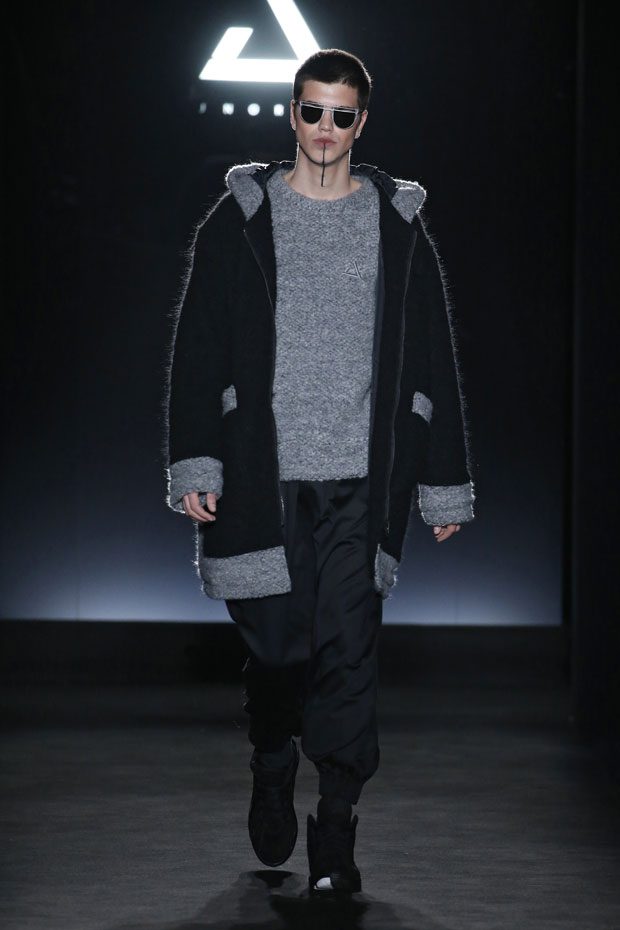 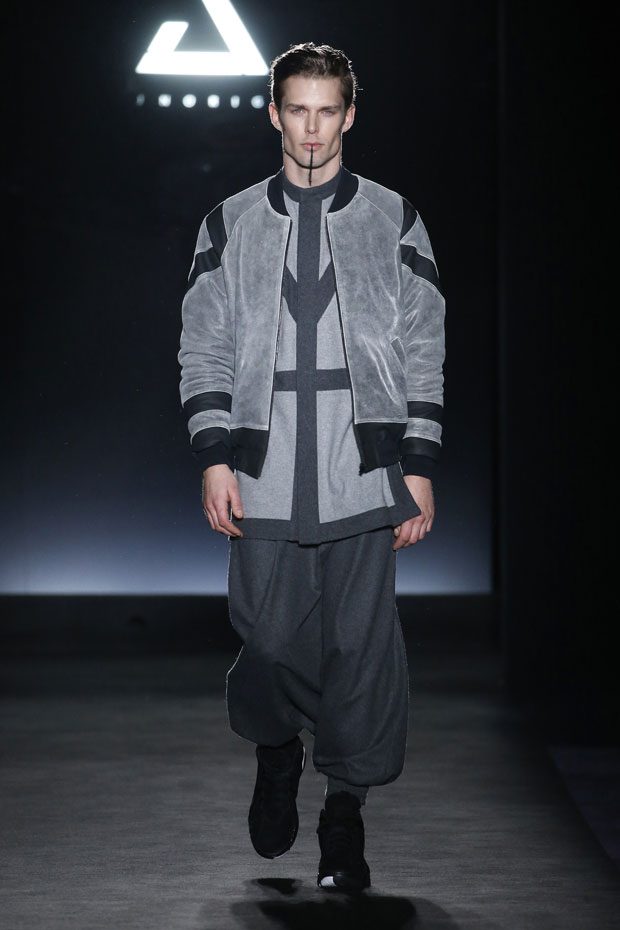 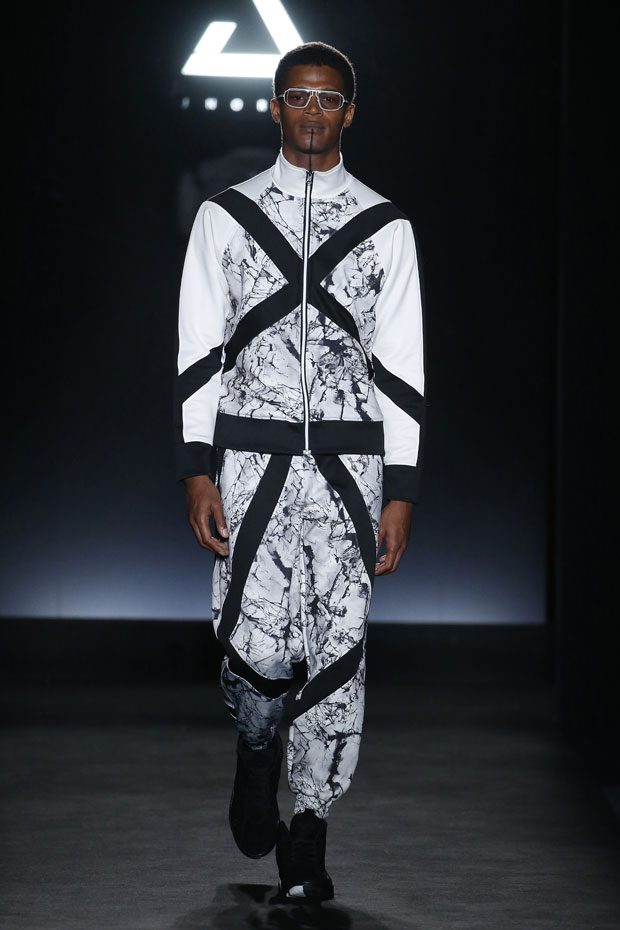 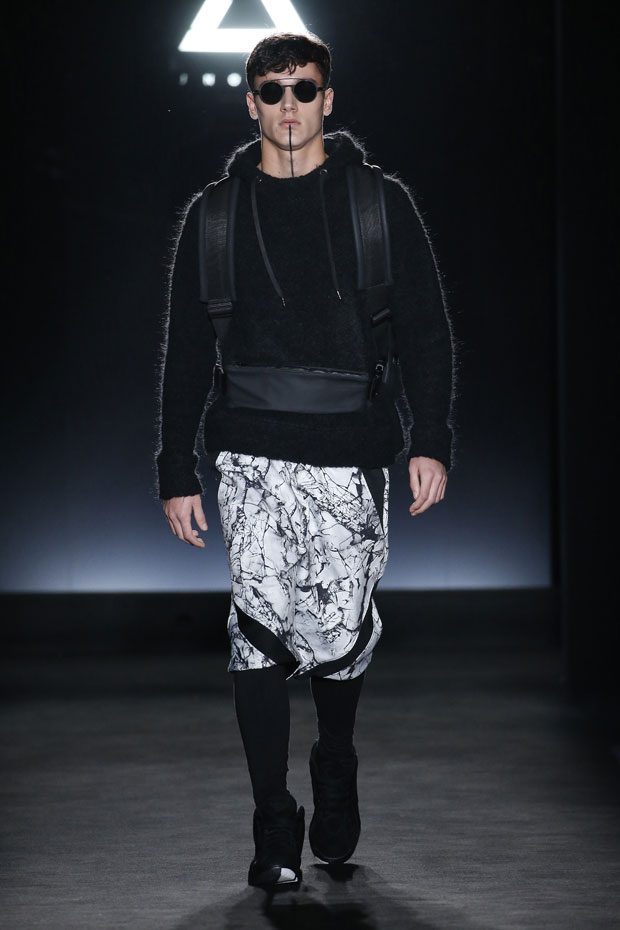 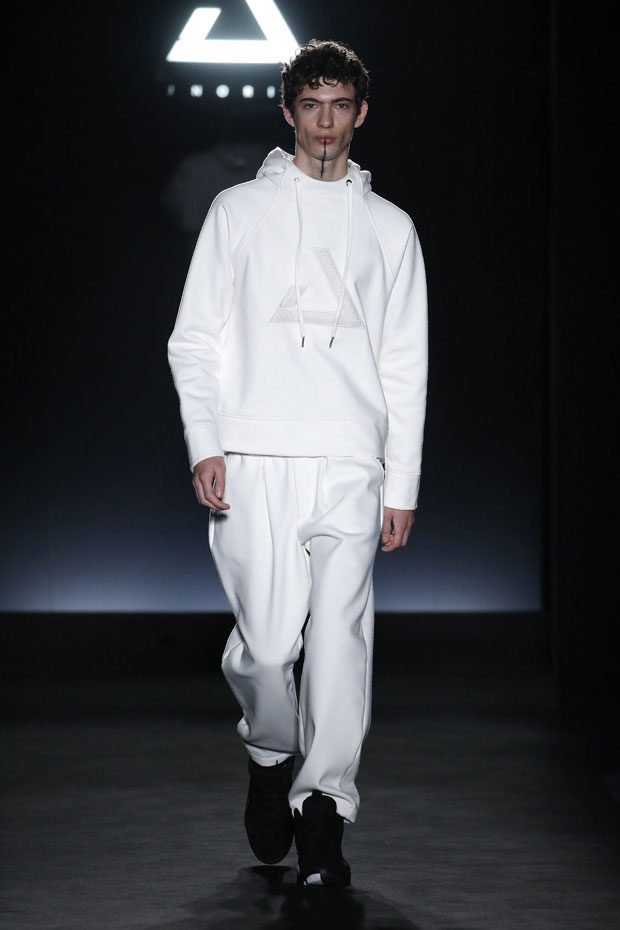 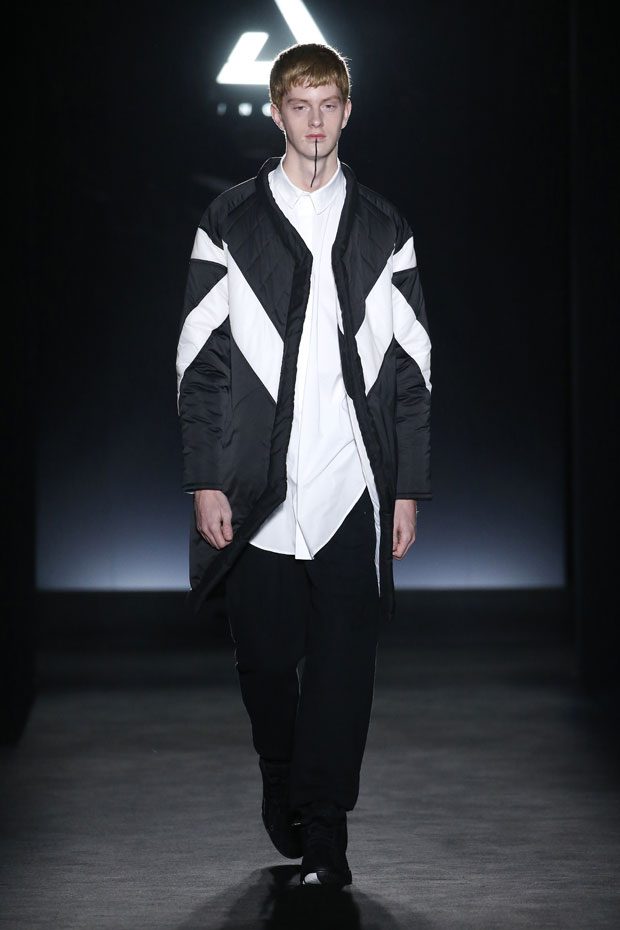 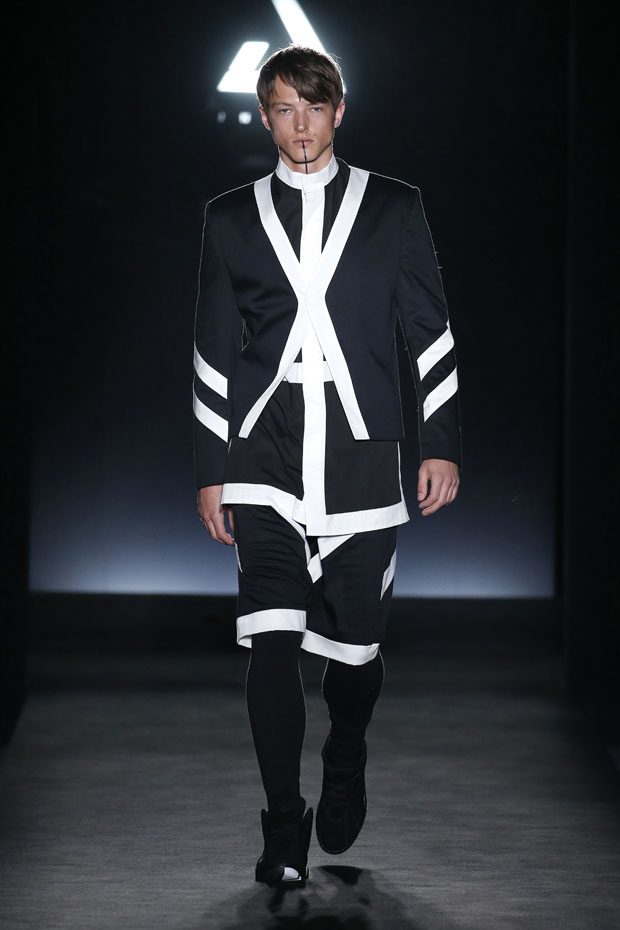 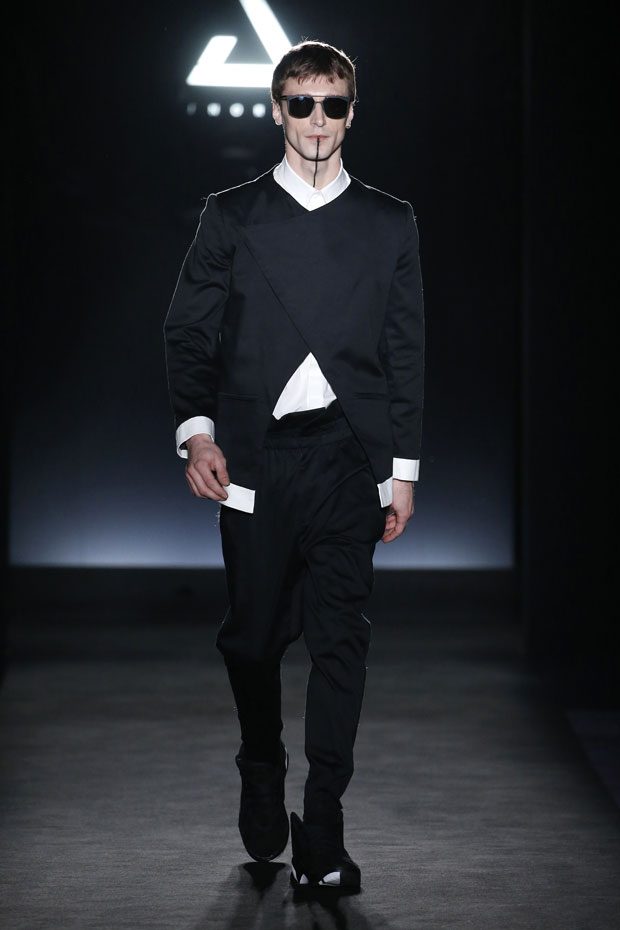 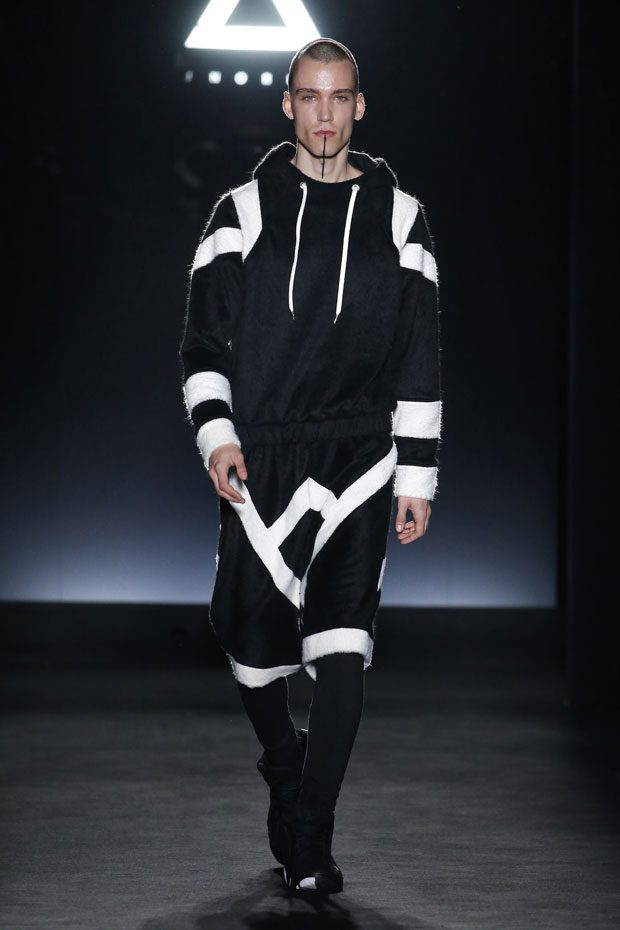 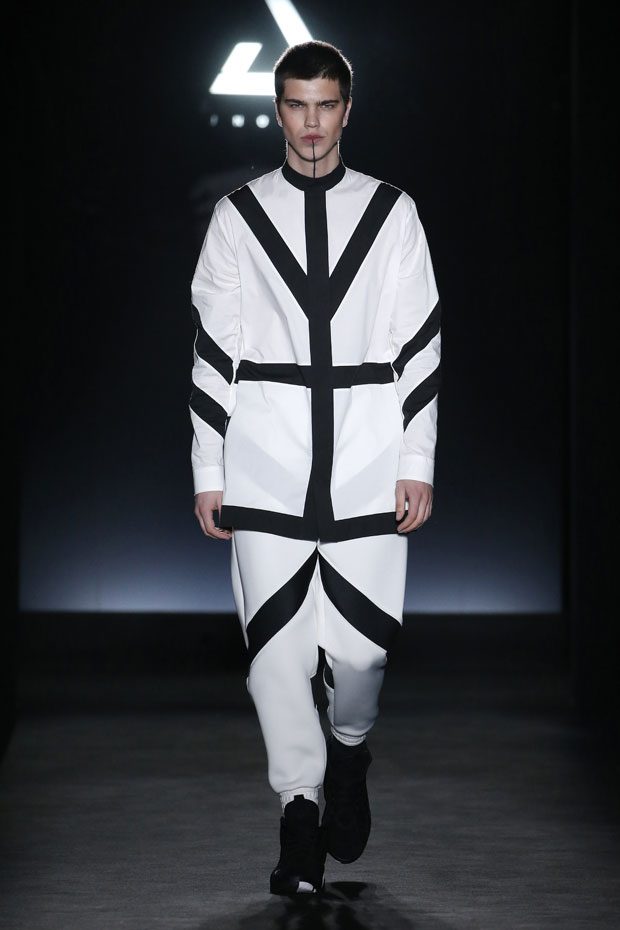 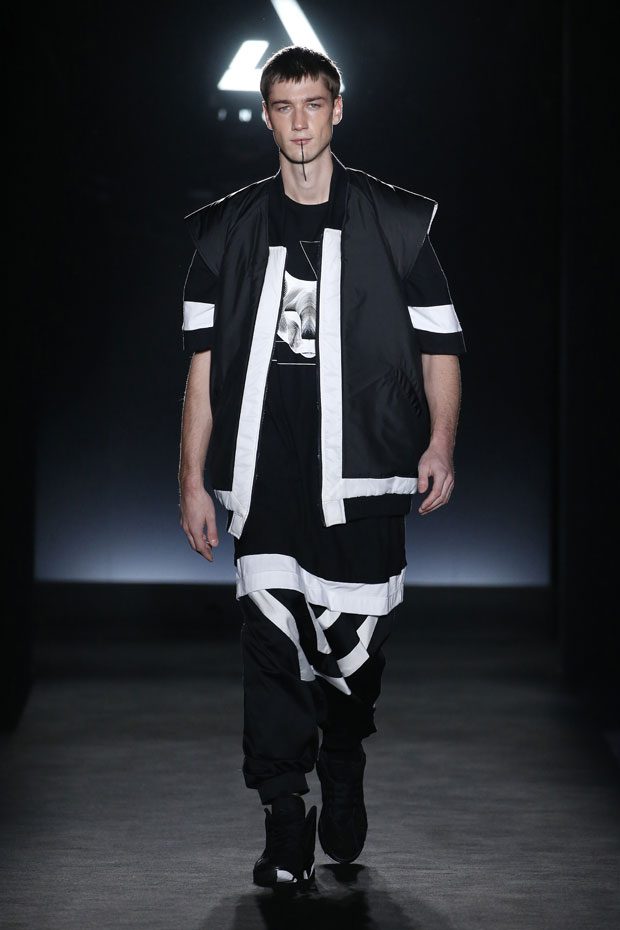 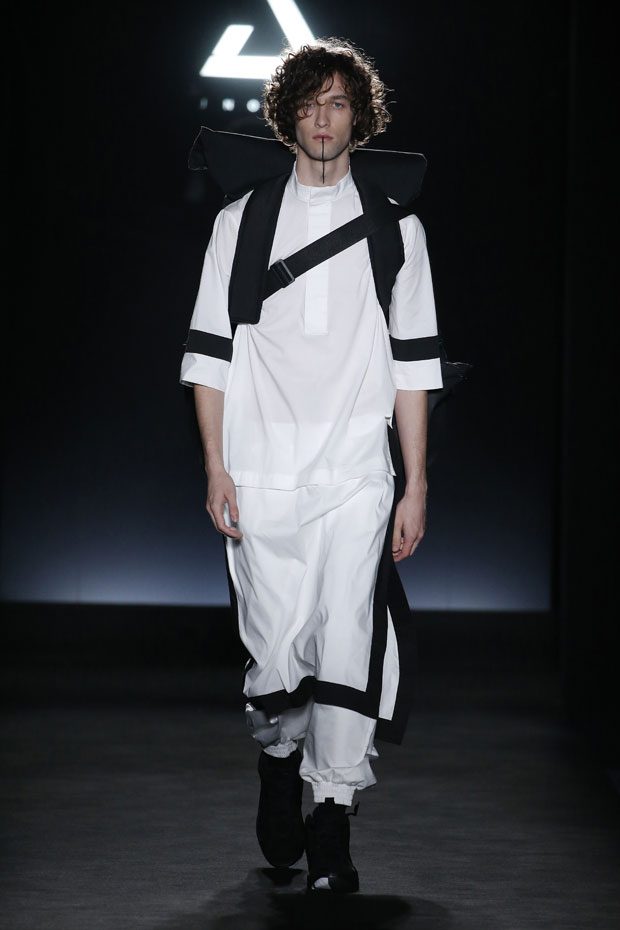 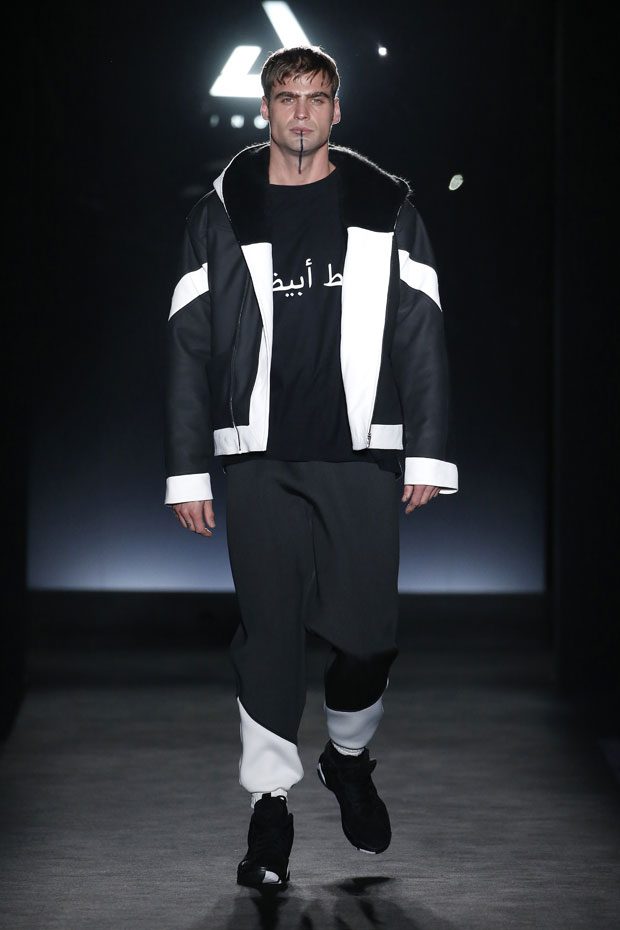 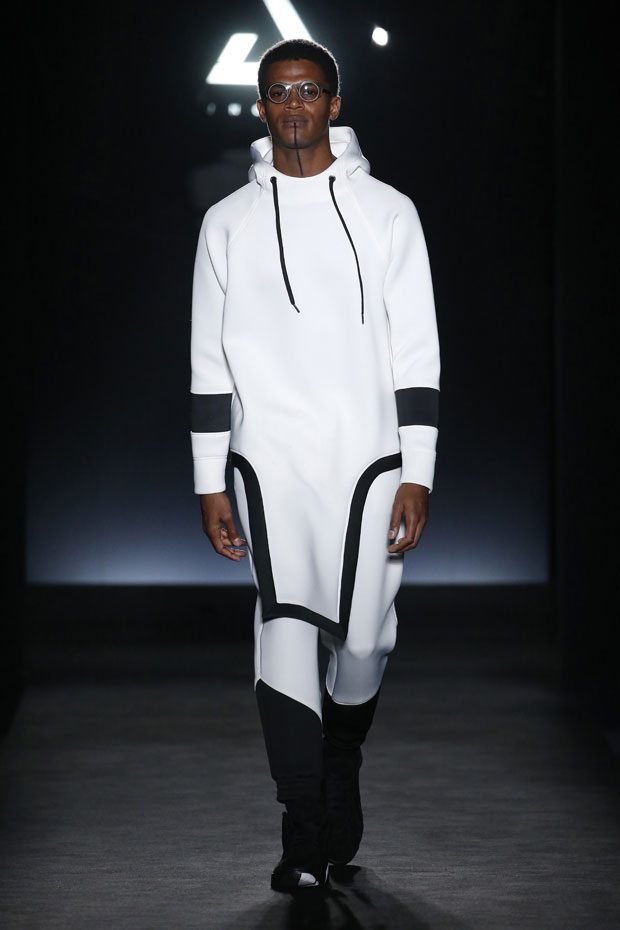 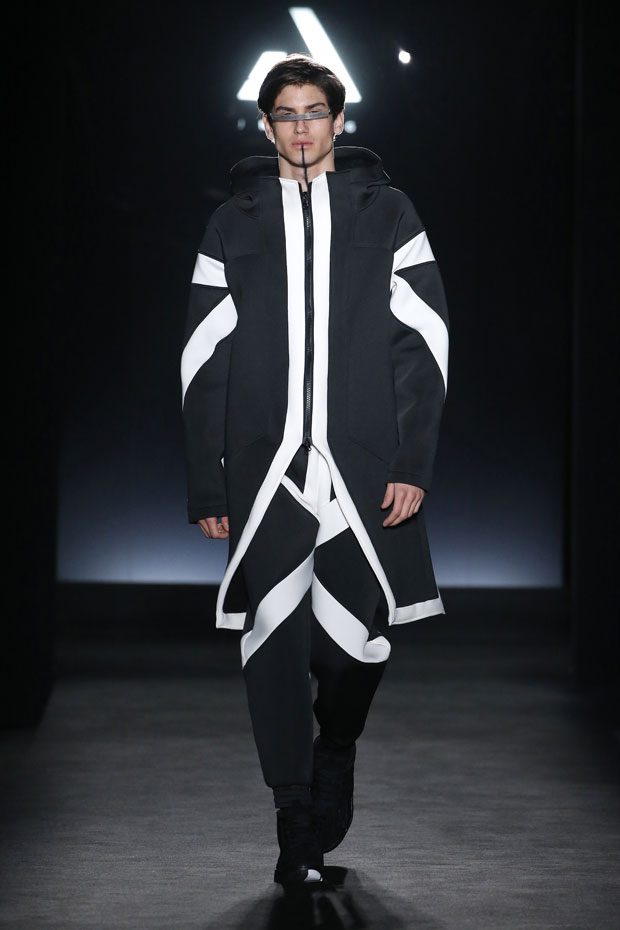 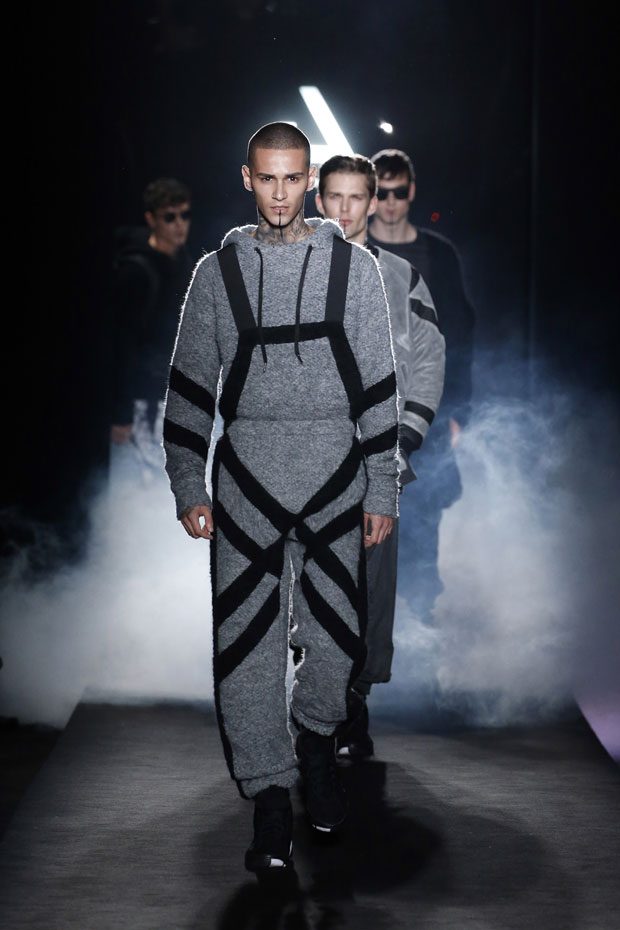 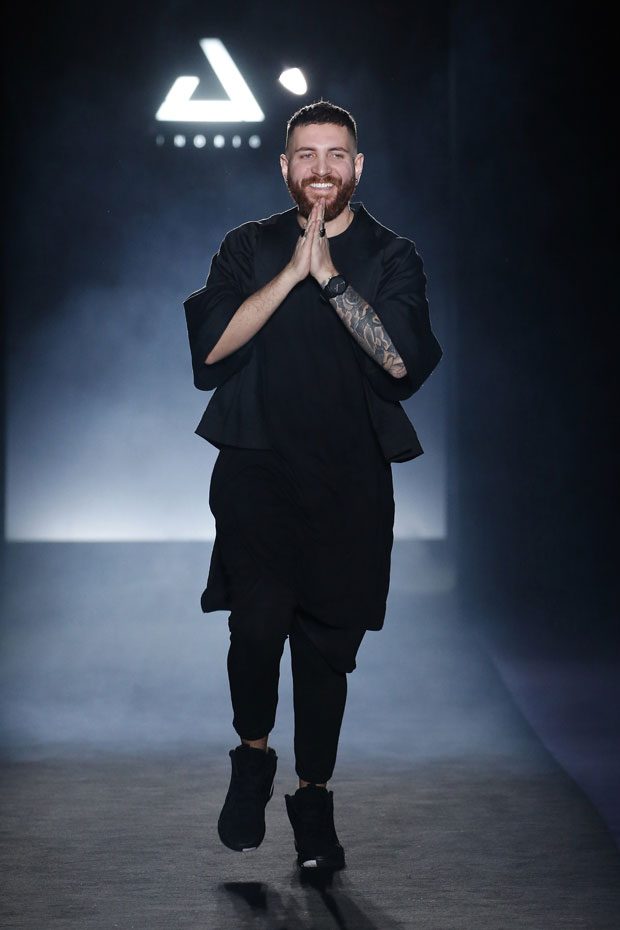 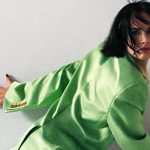 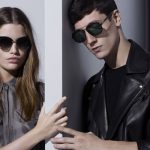