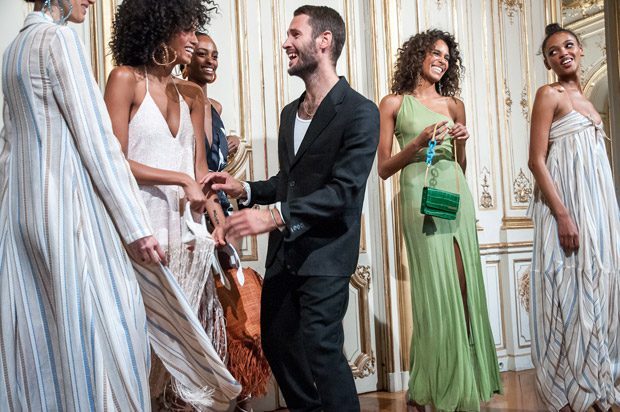 Fashion Features Director KATARINA DJORIC musses after her trip to Paris Fashion Week reflects on the work of the breakthrough designer SIMON PORTE JACQUEMUS, as well as his new collection.

Ever so often there is one new designer that captivates all the fast fashion editors and lovers of the same, today that is Simon Porte Jacquemus. Born in 1990 this young designer founded his label JACQUEMUS at the age of 19, little over a year following the passing of his mother Valerie in the honor of who he named his fashion house. Jacquemus runways are one of the hottest tickets in town during the Paris Fashion Week, and his dreamy approach to fashion influences high street brands as well as a legion of other designers and high street onlookers. 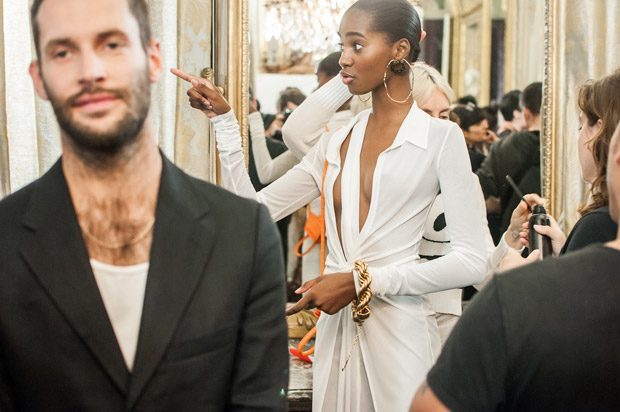 Who Is Simon Porte Jacquemus?

Coming from Mallemort a small town in the south of France, where his family still lives, Simon ventured to Paris at the age of 19.  Where with the help of his friends, one of them an influencer and model Jeanne Damas, he established what is Jacquemus the brand today. Simon and Jeanne bonded on social media long before the explosive momentum of Instagram, musing over their fashion inspiration and love of Tumblr. He moved to the fashion capital to attend the École Supérieure des Arts et Techniques, a course he quits only after a few months. The story of Jacquemus starts during the Paris Fashion Week, but not on the prestigious schedule. In fact, now as a self taught designer during Christian Dior runway presentation in 2011 in front of the venue, Simon mastered a takeover, taking the attention of the press and buyers attending the show with his collection ‘L’Ouvrière‘ worn by his friends holding sings “JACQUEMUS EN GRÈVE”. To finance his life in Paris as well as his dreams of budding a fashion brand, Simon started working at Comme des Garçons atelier in Paris, where he found support from the legendary Rei Kawakubo and her husband Adrian Joffe.  During the day he was working at the CDS shop on the Rue du Faubourg Saint-Honoré  while after work he tirelessly designed his own collection. 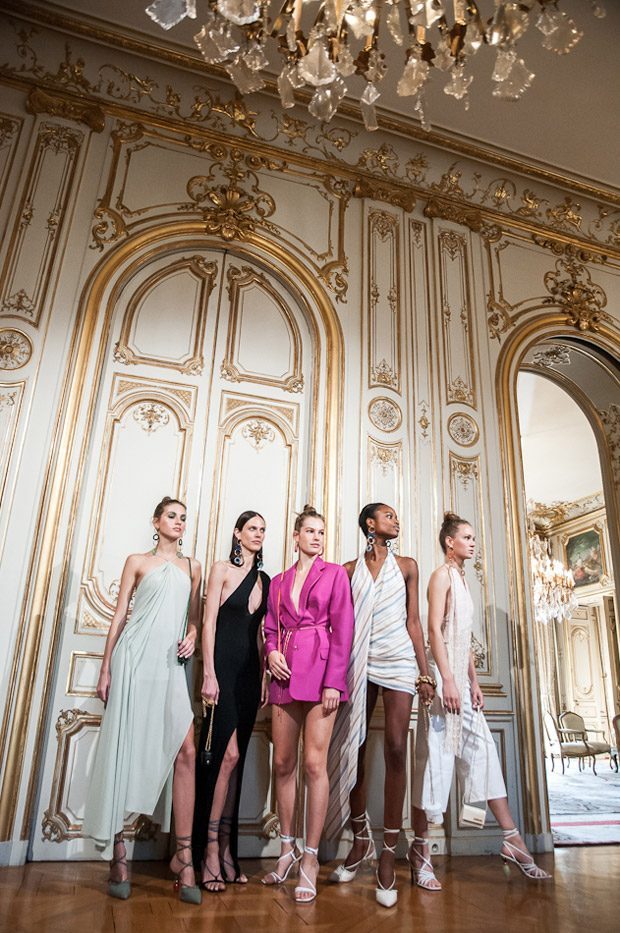 No doubt it was La Bomba, this year’s summer collection which catapulted Jacquemus to the top of the trend setters list. The over-sized hats for the first time took a major role in designer’s spring summer 2017 collection, followed year later by an even bigger and swankier straw hats. The hats quickly after the show turned into one of the most coveted items by fashion editors across the globe, but also a hot must-have piece for celebrities hungry for yet another Instagrammable moment. The collection was by the designer’s words a celebration of his mother’s very own style, but also the chic attitude of the French island girls coming from Island’s such as Martinique and Corsica. The floppy wide brimmed hat was without a question made legendary also by the incredibly diverse cast of top models and breakthrough stars in his showstopping runway casting.

It doesn’t take much to realize this is the moment when Mediterranean sensuality turned from a trend forecast into reality, the high street took notes and Jacquemused it’s own collections in a matter of weeks. However for the fast fashion clothing giants today notoriously pushing out over twenty collection a year, reproducing the floppy brimmed hat was too much of a task. While majority of Simon’s summer nuances and the clean, chic and classic lines quickly found it’s high street version, the wide hat remained as a holly Jacqumes grail. Perhaps, a clever move by the designer and his team who might have perceived re-creating (copying) such a massive piece would be too much of a hustle for the high street’s army of copy/pasters.

The sun drenched Mediterranean bombshell without any doubts defined the trend of the spring summer 2018 – La Bombe as they would call her in the south of France. Girls this summer looking for a trendy look were busy studying the effortless glamour infiltrating the season as well as the offer of warm and muted palettes. It was quite a task trying to figure out what else but an oversized straw hat and crafty jewelry was needed to complete the look, truly that is where the hardship enfolded. 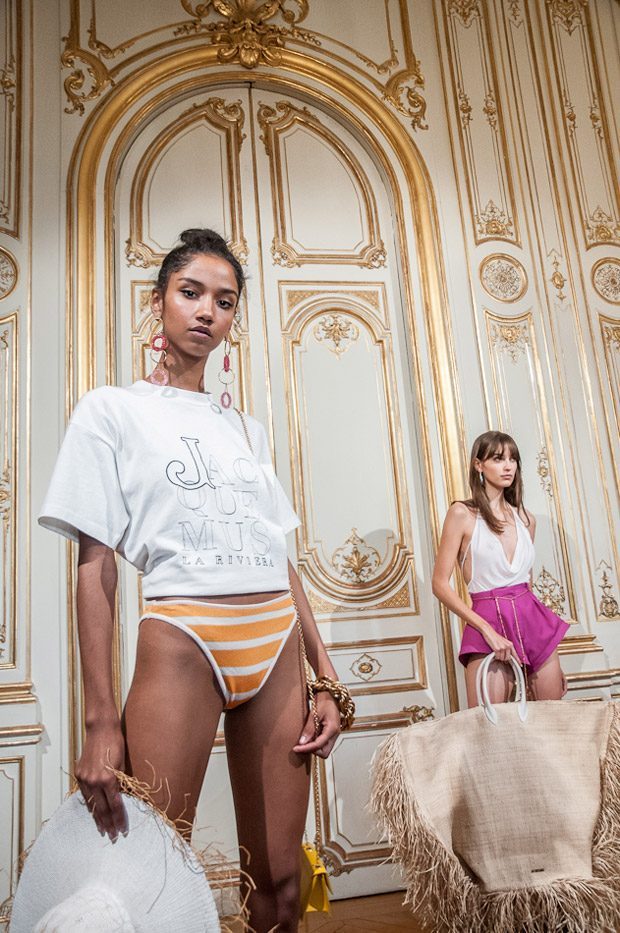 Needless to say Simon and his team were well aware of the power of a stand out accessory such as the straw hat when they ventured into designing the latest collection. From grabbing attentions in front of ancient Parisian maison’s fashion shows the brand was now the first hot-ticket show of the SS19 season. Kicking off Paris Fashion Week the designer presented his Spring Summer 2019 collection at the Italian embassy in Paris. The all around mayhem already enfolded in front of the location, where hundreds of invited guests as well as curious onlookers and uninvited fashion show hoppers turned into a hysteric mob scrambling to enter the show. Whoever made it alive throughout the gates of the Italian embassy in Paris, just like I did holding onto my dear life and the Jacquemus invite, witnessed another masterful take on the coming season.

What was the last season’s straw hat for the designer it was the straw bag this time. Who better to take the massive orange bag to the runway than the stunning Oumie Jammeh a stand out fashion model of the year. The massive bag while a statement is no doubt ready to pack your whole summer vacation wardrobe, although can’t say if the designer envisioned it carrying anything more than your phone, a small bottle of sun screen, Evian water and a page turning book.

While mastering the women’s ready to wear the designer has captured the moment this year by venturing into menswear as well. His first menswear collection was announced little over six months ago with a simple image of Yoann Maestri, the french union international rugby player. Just as his women, L’Homme Jacquemus started his journey from a beach in a south of France. Finally it’s clear there’s nothing else to do but prepare for a sunny Summer in time, thankfully we have a few months ahead of it!

Originally published in Design SCENE #026 – Get your copy in print or digital on our shop page.
Words by Katarina Djoric
Discover the backstage moments at Jacquemus SS19 show captured by Benoit Auguste here. 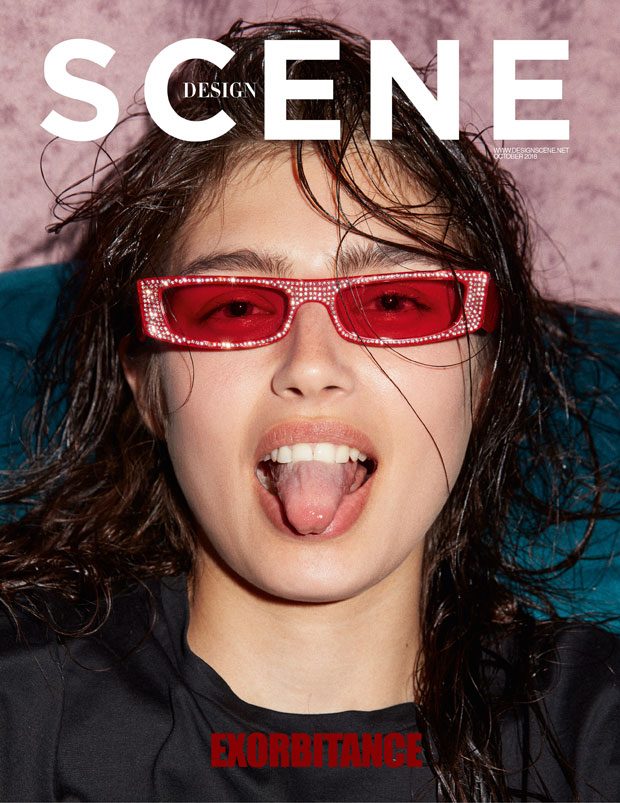 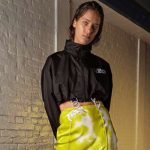 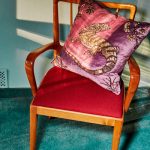