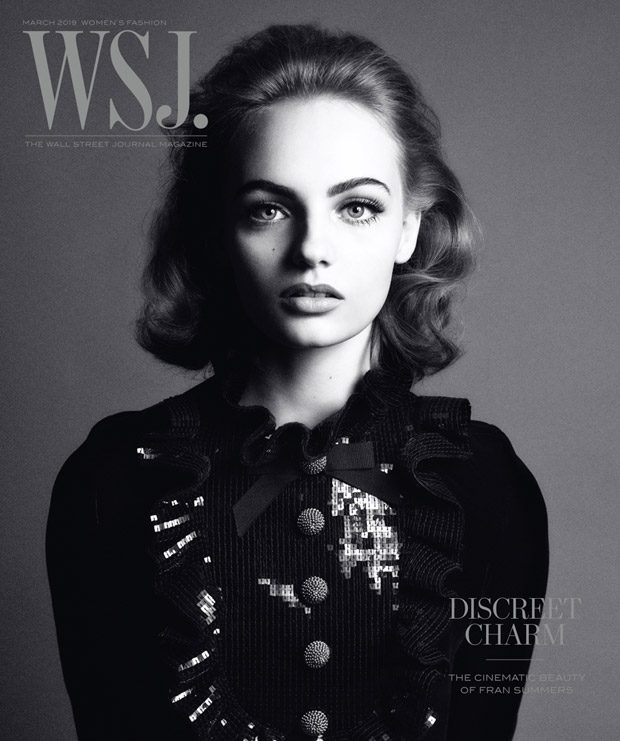 “I love what I am doing, and I want it to go on as long as possible, but I think I also want to help other people. I would just love that, you know, to continue to spread the positivity.” – Summers for WSJ. Magazine, on her future plans.

Fran on opening for both Valentino couture shows:
“I’m getting goose bumps just now talking about it,” she says. She also wore the finale look for Givenchy’s fall couture show. “Clare Waight Keller is very calm and just told me, ‘Oh, to let you know, this is the final dress, and it’s inspired by Audrey Hepburn,’” Summers recalls. “I could almost have cried in front of her, if I wasn’t so shocked.”

Fran on her first agency experience at 15:
“I was thinking, I can’t wait to tell my friends I walked into Storm and got rejected,” says Summers. “But they offered me a contract within about five minutes of taking my photograph.”

Fran on her runway debut:
“I went the wrong way in rehearsal. I was wearing Crocs,” she deadpans, though she acknowledges the sensation was electric. “It was the first time I saw Anna Wintour,” she recalls. “I was freaking out.”

Fran on her struggles with anxiety:
She cites chef and mental-health champion Nadiya Hussain, winner of The Great British Bake Off, as one of her heroines. “She just posted about her panic attacks and said it’s OK not to suffer in silence. I really do appreciate what she is doing,” 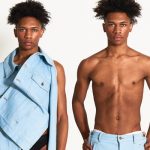 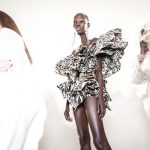