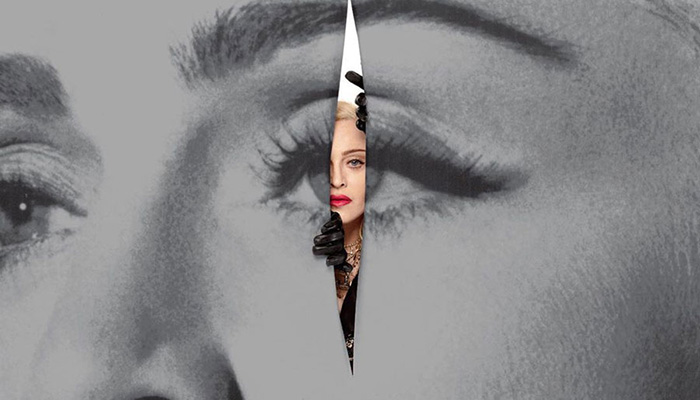 The one and only Madonna takes the cover of The New York Times Magazine‘s June 2019 edition captured by fashion photographer JR. For the cover Queen of Pop is peeking through a 1991 photo of herself lensed by Steven Meisel. In charge of styling was Eyob Yoannes, with beauty from hair stylist Nicola Clark, and makeup artist Isamaya French.

“A woman fearlessly expressing herself and saying, ‘I’m encouraging all of you to be independent, to speak your mind, to express your sexuality freely without shame, to not allow men to objectify you, to objectify yourself’ — I don’t know. All of those things seemed like the natural way of where we should be going. And strangely, a lot of feminists criticized me for it, and I got no support from that group. They thought, Well, you can’t use your sexuality to empower yourself as a female, which I think is rubbish, because that’s part of who I am and part of me as a female and a human being, my sexuality. That’s not the only thing, that wasn’t my only weapon and that wasn’t the only thing I was talking about.” – Madonna for The New York Times