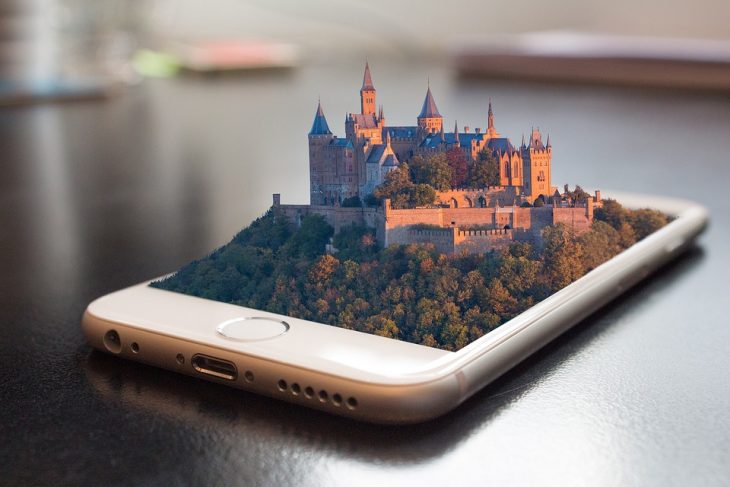 The 55 New Oxford Street in London on March 23rd of 2018 for a brief moment turned into the centre of the world when Information Commissioner Elizabeth Denham and her team gained access to the address holding the faith of the world as we know it.

This address north of Covent Garden close to the British Museum, with it’s grey facade made out of metal and glass seemingly unnoticeable to the passer by is the home of the infamous Cambridge Analytica. What Ms Denham’s urgent warrant to search these offices truly discovered is to this day a part of the ongoing investigation or will perhaps stay locked up forever, however what is clear this is the exact location where the course of our history has changed forever.

The story behind Cambridge Analytica to this day is deeply routed in the latest achievements in psychology and the science of big data.

This company’s business could be described as a service to the so called big data analysis aiding the political marketing in numerous countries around the globe. Apparently, the mission was using the collected data to influence the behaviour of social media users, shoppers and finally voters. Presented in the media as the darkest hour of our history, the story behind Cambridge Analytica to this day is deeply routed in the latest achievements in psychology and the science of big data. Thanks to the expansion of the internet and a new way we consume communication, millions of people around the globe have formed addiction like patterns of behaviour. This formed an unhealthy attachment to our phones and various social media apps. With our undeniable addiction to the social media this chapter in our history has opened up the Post Truth era. A moment in time where what is the actual truth or rather not is determined by algorithms taking over our screens.

After numerous reports published in the past year the company was singled out as an allegedly powerful weapon in Donald Trump’s rise to power, but also an alleged credit to the success of the ongoing Brexit in the United Kingdom. The representatives of the company have continuously denied the scale of company’s influence in both of these campaigns which undoubtedly changed the course of human history. Nevertheless the company is not keeping it’s clients hidden, instead Cambridge Analytica is with pride claiming it’s part in the success of both Trump For President and Brexit campaigns. These two clients have opened up the company to the investigation by British authorities as well as the FBI, following the recently concluded Mueller Investigation considering possible influence of Russia in the American elections. 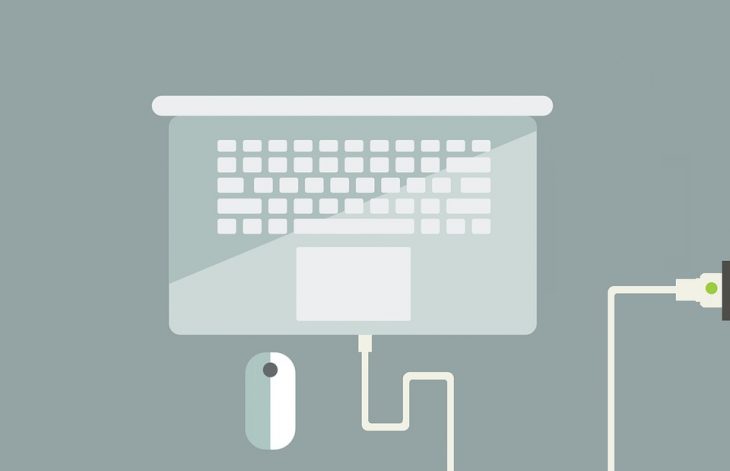 Looking back, when it comes to Cambridge Analytica the company did not invent anything new, numerous businesses are also using big data analytics for years now. Their clients are everyone from beauty and fashion industry to the politicians running in their very on game of thrones. Big data companies often make no differentiation between their clients, freedom fighters or dictators alike are just another client on the list. However, for their clients these sort of companies are a make or break card, thanks to their analysis collected whether regarding consumers or voters the projects are able to give clear directive to their clients. These results allow marketing teams to propose targeted moves, reword the way a politician speaks to his voters and manipulate the topics shaping the court of public opinion.

What made this project a success for the company is the implementation of the latest knowledge in the fields of modern psychology known as psychometrics.

However, what singled out Cambridge Analytica is the source of the data used in their research, according to the CEO of Cambridge Analytica Alexander Nix the company used data collected by Facebook, mainly via it’s various applications. Thanks to this insight coming from Facebook the company has allegedly created a model of all 230 million American voters, each individually described with up to five thousand parameters. Additionally, what made this project a success for the company is the implementation of the latest knowledge in the fields of modern psychology known as psychometrics. The basis of this project serving to find the characteristics of users based on Facebook profile’s activities comes from the research of Polish-American psychiatrist Michał Kosiński, previously employed by Cambridge University, today he’s a regular professor at the Stanford University. It is important to note Kosiński stands firm on having no involvement in the actions of Cambridge Analytica. He is denying any connections to the company’s controversial moves additionally claiming he never helped them directly understand or use his research in the big data scheme of actions. 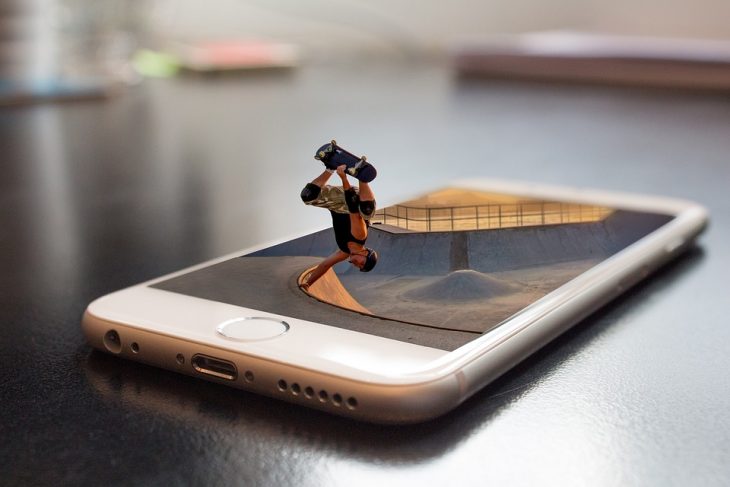 However, what today is known as the Kosiński Model is even without the permission of it’s creator playing a massive part in the world economics and the run for power as we know it today. It all starts in 2008. when faced with the trouble of collecting data from it’s test subjects aiming to analyse their psychological behaviour, the young scientist from Warsaw at Cambridge University came to a seemingly brilliant idea. Kosiński realised collection of this data would go much faster via social media by using an app uploaded into the back then rising Facebook. The scientist has developed the first step of this research with his colleague Dr David Stillwell from the The Psychometrics Centre at the Cambridge University. The two have created an application, which in a game like manner served to determine type of users personality. While doubtful of it’s initial success, the two planned to use the application only among students, prompting them to access it via Facebook. Expecting barely a few hundred test results coming in the scientific team ended up with an overwhelming response. Within days of uploading the app Stillwell and Kosiński were part of what was a true viral sensation, millions of users were taking their test and playing around with their application. Suddenly the team had at their fingertips never before seen abundance of information regarding any psychological test.

Team was able to only after 10 likes exclude 5 key characteristics of a users personality. The research did not stop there, after 68 likes they were able to determine the users race, after 87 likes sexual orientation while only 84 were needed to determine a users political beliefs

This lead the team to a game changing move, Kosiński proposed comparing the results with the behavior of Facebook users. Patterns showing up helped them train an artificial intelligence like program which based on a Facebook profile activity would recognise user’s various dimensions of personality. With more and more results coming in they realised a user’s behaviour on the social network can quite precisely recreate the psychological footprint of a person.

This was a laborious task and after four year of research the team was able to only after 10 likes exclude 5 key characteristics of a users personality. The research did not stop there, after 68 likes they were able to determine the users race, after 87 likes sexual orientation while only 84 were needed to determine a users political beliefs. By the time they published their research in project titled Private Traits and Attributes Are Predictable from Digital Records of Human Behavior, only from going through 70 Facebook likes the program would know more about a person than their close friends. Taking in account 150 likes the program would have more information about a user than their parents, and after analysing more than 300 likes the program will know more than a user’s life partner. This data was published in 2013 by the team in the renowned science and research PNAS magazine. By the words of Michał Kosiński himself this project is the fourth most influential scientific research published to date. 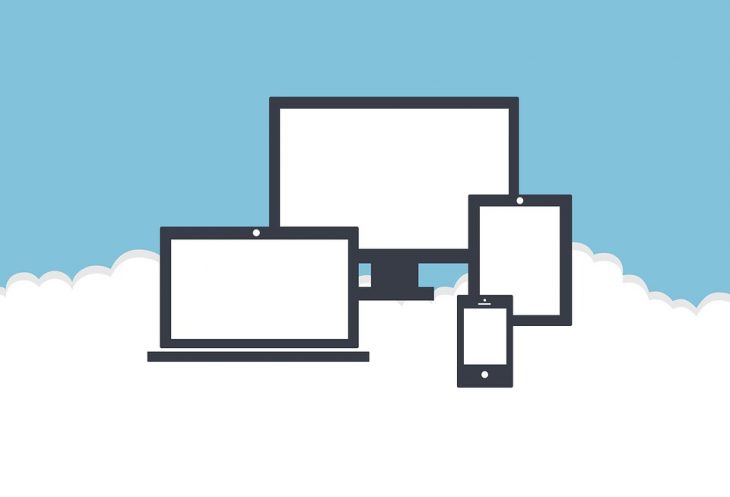 Only a week after publications in PNAS magazine Facebook has changed it’s user policy as well as privacy agreement conditions, this move banned the applications hosted on Facebook to use data collection from it’s users. Still, billions of online users on Facebook as well as other social media networks were subjected to the making of a global big data map, the artificial intelligence was already well trained to recognize desires and predict moves of millions of people around the world based on their web activity.

While the data and technicalities created in this research can easily make us buy another pair of shoes we never needed, the same formula is also a dangerous weapon in the hands of politicians. Without us realising it has turned the course of society into a new era prone to mass manipulations, opening us to a world much darker and more hopeless than we have ever imagined.