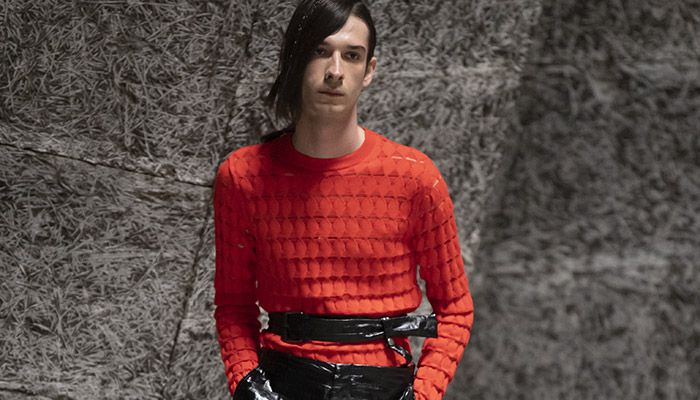 Fashion brand NAMACHEKO presented their Spring Summer 2022 The Ugly Swan Collection, that retells Hans Christian Andersen’s fairy tale of the The Ugly Duckling, with a digital fashion show captured in a utilitarian church, On June 26th, as part of the recently finished Paris Fashion Week. Designer Dilan Lurr explores an idea of the Ugly Ducking turning into The Ugly Swan, what if ducking wasn’t unattractive because he was miscategorized, but because he was just truly ugly. The designer ask the question would that Ducking still get our attention? The collection sees the swan for the duckling, and the duckling for the swan. It explores the worthiness of ugliness, and dualities but not binaries. The brand brings awareness that ugliness is a form of belief, and hope that repressive structures that insist on beauty and not-beauty will someday soon collapse.

“This has a political dimension, since for Namacheko’s designer Dilan Lurr, a particular valence of ugliness/beauty is the immigrant experience. Growing up as the only immigrant in a Swedish town, Lurr often felt like the Ugly Duckling, despite and in addition to a feeling of great pride in his simultaneous Kurdish and Swedish identities. The immigrant, relentlessly mis/categorized, is at the center of a fashionable debate about loveliness, delicateness, softness, paleness, versatility, utility, comfort, value, and so on. Taste often relies upon exclusionary visions of the Other, the one who threatens the sanctity of both beauty and borders.” – from Namacheko