Magazine: Vman
Issue: #11
Photography by Karl Lagerfeld
Models: Jon Kortajarena, Andres Segura and Oriol Elcacho
Styled by Gareth Pugh
Editorial: Karl Meets Gareth
Website: www.vman.com
On steps of his Paris home Karl Lagerfeld photographed three of Spain's most famous faces in a shoot styled by Gareth Pugh. I'd say they do "twighlight" better than actual actors in the movie, but maybe they are just goth glam? Just in case You didn't know Gareth Pugh is the most influental british avant-garde designer of the monent. 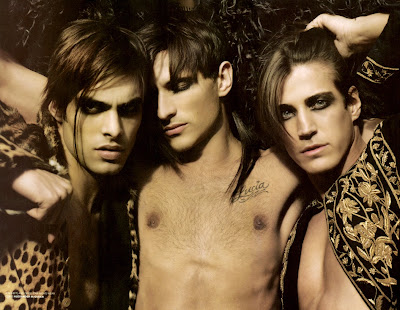 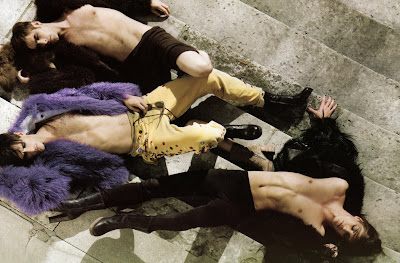 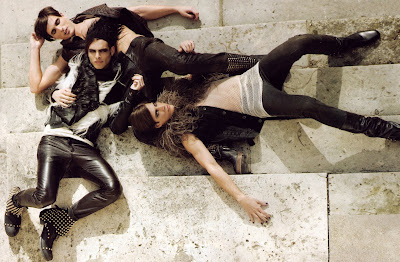 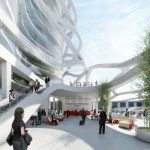 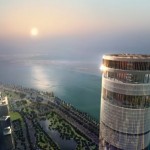