Photography by Jill Greenberg
Website: www.manipulator.com
Jill Greenberg first established her artistic reputation as a preeminent celebrity photographer, shooting such Hollywood personalities as David Bowie, Liza Minelli, Drew Barrymore, Clint Eastwood, Tom Cruise, among many others. In 2001, Greenberg turned her lens on celebrities of a different sort, namely monkeys and apes, many of whom have appeared in film and television as well as her The End series featuring teary eyed kids. Check out a video with Jill by Cool Hunting : 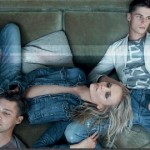 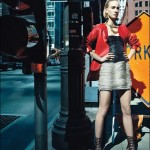