Artist: Patrick Wolf
Title: The Bachelor
Label: Bloody Chamber
Genre: Indie
Release Date: June 1, 2009.
Website: patrickwolf.com
A guest spot from actress Tilda Swinton is just one of many reasons to prick up your ears and listen to this fourth album from dashing English singer-songwriter Patrick Wolf. The album is comprised of two markedly different sets of songs, which begin with a collection that Wolf describes as a nihilistic battle record. Fortunately he demonstrates his softer side by dedicating the second half of the record to battles of love, a volte-face apparently triggered when he fell in love shortly before recording commenced. The album is titled The Bachelor, and Wolfs desire to deviate from the beaten path of rock & roll has prompted him to sell shares in the recording.
90
SHARES
ShareTweetPinterest 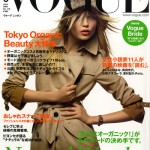 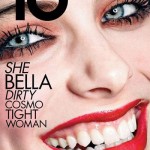