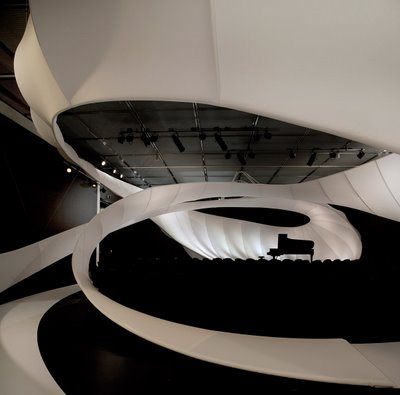 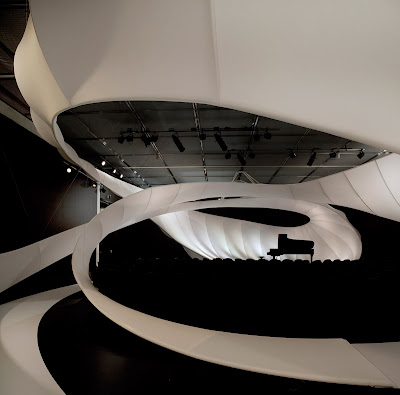 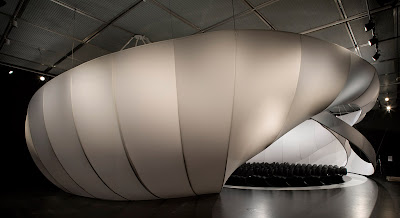 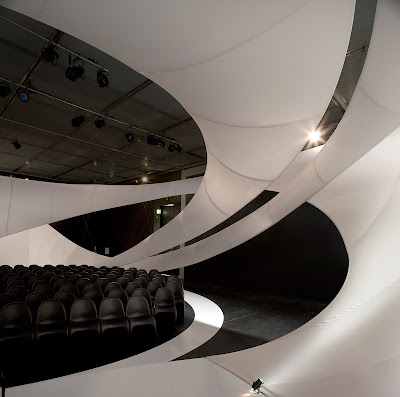 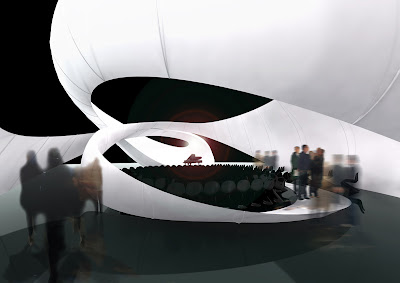 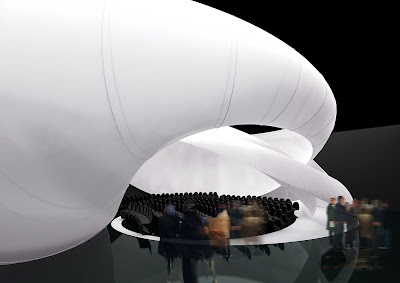 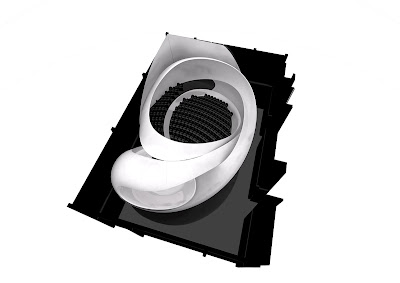 The design process involved architectural considerations of scale, structure and acoustics to realize a dynamic formal dialogue inseparable from its intended purpose as an intimate chamber music hall. A layering of spaces and functions is achieved through the ribbon wrapping around itself, alternately compressing to the size of a handrail then stretching to enclose the full height of the room. Circulatory and visual connections are continually discovered as one passes through the multiple layers of space delineated by the ribbon.
The ribbon itself consists of a translucent fabric membrane articulated by an internal steel structure suspended from the ceiling. The surface of the fabric shell undulates in a constant but changing rhythm as it is stretched over the internal structure. It varies between the highly tensioned skin on the exterior of the ribbon and the soft billowing effect of the same fabric on the interior of the ribbon. Clear acrylic acoustic panels are suspended above the stage to reflect and disperse the sound, while remaining visually imperceptible within the fabric membrane. Programmed lighting and a series of dispersed musical recordings activate the spaces between the ribbon outside of performance times. The installation is designed to be transportable and re-installed in other similar venues.
Pivotal to its function is the performance of the ribbon. It has been designed to simultaneously enhance the acoustic experience of the concert while spatially defining a stage, an intimate enclosure, and passageways. It exists at a scale in which it is perceived as both an object floating in a room as well as a temporal architecture that invites one to enter, inhabit and explore.
*Photo credit | Luke Hayes via Bustler
*Source |
Bustler
Tags: Zaha Hadid