The September Issue
Anna Wintour & Making of Vogue
U.S. Theatrical Release: August 28th, 2009
Website: www.theseptemberissue.com
Anna Wintour, the legendary editor-in-chief of Vogue magazine for twenty years, is the most powerful and polarizing figure in fashion. Hidden behind her trademark bob and sunglasses, she has never allowed anyone to scrutinize the inner workings of her magazine. Until now. With unprecedented access, filmmaker R.J. Cutler’s new film THE SEPTEMBER ISSUE does for fashion what he did for politics in The War Room, taking the viewer inside a world they only think they know. Read the rest under the cut. 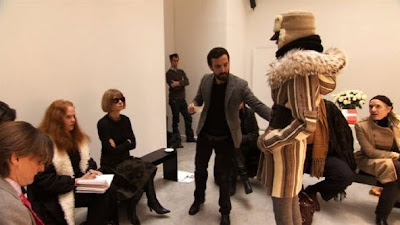 Every August a record-breaking number of people can’t wait to get their hands on the September issue of Vogue. The 2007 issue was and remains the biggest ever, weighing over four pounds, selling thirteen million copies, and impacting the $300-billion global fashion industry more than any other single publication. An intimate, funny and surprising look at Anna Wintour and her team of larger-than-life editors as they create this must-have Bible of fashion, Cutler explores the untouchable glamour of Wintour’s Vogue to reveal the extraordinarily passionate people at its heart. He takes us behind the scenes at Fashion Week, to Europe, on shoots and reshoots, and into closed-door staff meetings, bearing witness to an arduous, entertaining, and sometimes emotionally demanding process. At the eye of this annual fashion hurricane is the two-decade relationship between Wintour and Grace Coddington, incomparable Creative Director and fashion genius. They are perfectly matched for the age-old conflict between creator and curator. Through them, we see close-up the delicate creative chemistry it takes to remain at the top of the ever-changing fashion field.

*Photo | Anna Wintour as seen in The September Issue
*Courtesy of A&E; IndieFilms and Roadside Attractions 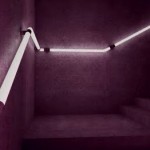 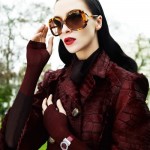