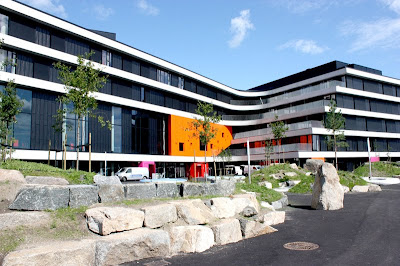 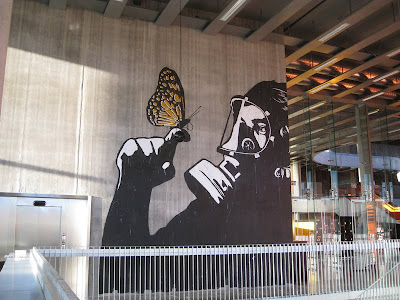 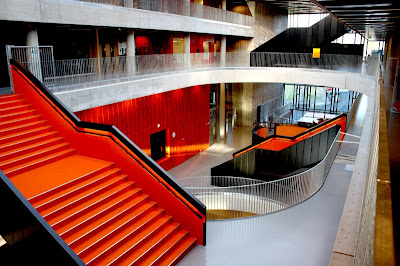 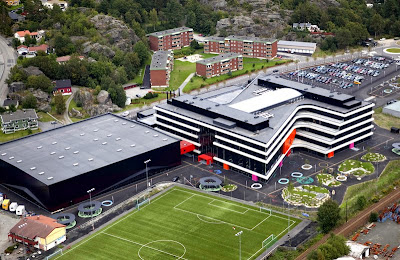 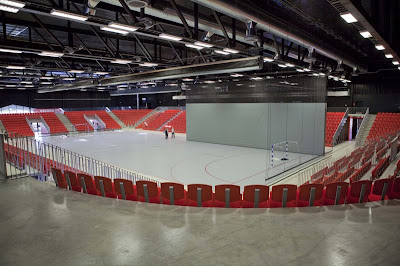 The new school is pointing to the future as a social and educational experiment. The students of the technical educations are deliberately mixed with college students aspiring for later university degrees. Thus, schmidt hammer lassen have made Norwegian thoughts on educational reform concrete.

Schoolchildren are normally divided after secondary school, but in Larvik they will be kept together and blended socially and across educations in an open learning environment. The blend of social classes and the mutual inspiration the students of various trades give each other has the purpose of enhancing equality in society.

“We have chosen to rethink and challenge the traditional boundaries surrounding school buildings. We wanted to create an architectonic base for a well functioning student environment and increased cross disciplinary activity”, said associate partner Kristian Ahlmark, design architect on the school project.

The building is laid out to place the buzzling social activity in the axis of the house with informal meeting spaces. As you move further away from the axis, the spaces turn into half-open niches and the furthest areas of the wings are calm and secluded to allow concentrated studying.

The teaching takes place in the terraced wings. Parts of the classrooms have glass walls to maintain openness and contact to the common areas. The workshops for the technical educations are also in open contact with the rest of the school.

The architecture is a compact vertically oriented structure with a characteristic and dynamic form of four axes. The central structure consists of an open quadratic deck. This deck has deep incisions that give the building a dynamic form and enable daylight to seep into the furthest corners of the building. The deck above is identical but twisted 180 degrees around the central axis of the building. Hence, at series of single and double height areas are created providing visual contact from one floor to the next. The shifting decks create external terraces in a direct flow from the classrooms.

The sports arena has room for 4000 spectators. It will be used by the school for cultural and sports lessons during the day and serve as the home arena for the local handball club as well as venue for many other sports and cultural events during the evenings.*Courtesy of Schmidt Hammer Lassen 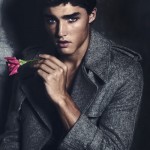 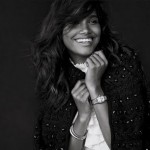