Ad Campaign: Alexander McQueen
Season: Fall Winter 2011-2012
Model: Raquel Zimmermann
Photographer: David Sims
Website: www.alexandermcqueen.com
Supermodel Raquel Zimmermann is back as the face of Alexander McQueen starring in the striking Fall Winter ad. McQueen campaigns usually do not appear in the fashion glossy, but this ad was run in the September issue of British Vogue. 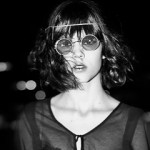 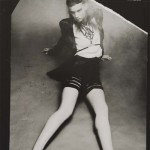