Latest edition of German Interview magazine comes with a split cover, one starring Sky Ferreira photographed by Hedi Slimane, and other Diane Kruger by Markus Jans and styled by Klaus Stockhausen. Sky on the constant pressure to be sexy: “You have to look sexy for everyone else, but you mustn’t be sexy by any means…even Madonna plays that game and keeps channeling the eternal cheerleader, it’s disgusting.” On her song “Obsession”: “The awful thing is that this song will stay with me forever, the Internet never forgets.”

On Michael Jackson on whose Neverland Ranch she spent parts of her childhood: “He wasn’t that freak, sitting in his own rollercoaster waving at you. I knew he was kind of famous…but I didn’t meet Michael, the pop star, until he died. All of a sudden, everyone was wearing these Michael memorial t-shirts. Even my dad started selling them at some point.”

On modeling: “I always thought I was ugly. People tell me that to my face: ‘Sky, you’re not pretty, but you look good in a different way. Like a cute zombie.’” On drugs: “Who can say of themselves that they have smoked pot with Snoop? Too bad the joint was too strong. I had to go back to my hotel room right away. The night was over.” Diane on childhood: “I don’t know if I was an angry child, but I had this rebellion in me.”

On her decision to become an actress: “I was far too unhappy to carry on as a model. I kept telling myself: How can you possibly be this unhappy at 22?” 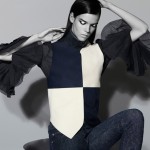 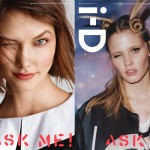