Actor Joseph Gordon-Levitt who took a role of a producer is simply said revolutionizing the internet with his new project HITRECORD! Joseph directs an open collaborative production company called hitRECord.org. Everybody is welcome to join their project and Joe and his team have worked by now with hundreds of thousands of writers, filmmakers, musicians, editors, remixers, artists…. Beginning of January, Joseph and his team will redefine a 'variety show' form as we know it, when HITRECORD hits the screens. Joseph's project is showing on PIVOT.

Ladies and gentlemen :oD Here’s a first look at the TV show I’ve been working on all year, HITRECORD ON TV! It’s a half-hour variety show with short films, live performances, music, cartoons, and of course, MORE! Hundreds of thousands of artists from all over the world contribute to the collaborative projects we have going on our site — hitRECord.org — where I’ve been directing each piece and performing in a bunch of them too. Btw, we’re still finishing the last few episodes, so come contribute something…

You can also keep up with HITRECORD on their tumblr page. 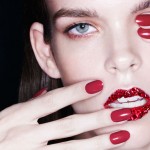 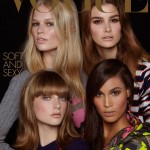