Vogue Italia for their December 2013 edition presents the model's ID – or simply known as the Model Card, composit or often referred to as the showcard during the fashion weeks (among other names). The girls taking the cover of the new edition are Anna Ewers, Ophelie Guillermand, Cindy Bruna, and Gracie Van Gastel. Including the coverstars the honor to get Model Cards by Steven Meisel in Vogue Italia also had Lexi Boling, Mariana Santana, Elisabeth Erm, Ola Rudnicka, and Imaan Hamman.

Styling for the shoot is courtesy of the ever chic Marie-Amelie Sauvé, model's hairdos are work of hair stylist Guido, while makeup is done by the famed makeup artist Pat McGrath. Manicure by Jin Soon Choi. See more of the fresh faces and their Vogue Italia Model Cards below: 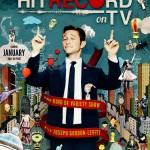 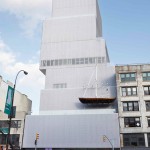