Top model Sigrid Agren (The Society Management) shares her passion for tennis in More Than A Model video series featured on i-D magazine's website. French stunner was styled by Tracey Nicholson, with hair by Andrew Fitzsimons at ABTP.com and makeup by Yacine Diallo at Artlist. Sigrid shows off her tennis knowledge in the video directed by HARRYS. 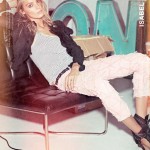 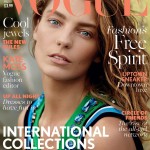