During the summer Moncler has made a special voyage to honor the 60th Anniversary of the first Italian K2 expedition when mountaineers climbed the 2nd highest mountain on the globe. Italian label the most known for its outerwear has celebrated the anniversary with the Moncler K2 2014 – 60 Years Later Expedition.

The famed clothing brand has provided technical gear including outfits tents, helmets, backpacks and sleeping bags. See more of the footage from the impressive voyage below: Today, as in 1954, Moncler is supplying with the technical equipment the “K2 – 60 Years Later” expedition team, celebrating the Italian conquest of K2 60 years on. The climbers attire has been inspired by the Moncler Lionel Terray Collection, on sale in the mono-brand boutiques from October onwards. Six high – protection jackets will feature an austere aesthetic inspired by functionality. Now as then, the mountain experience also becomes a style experience.

In 1954, Italians Lino Lacedelli and Achille Compagnoni climbed K2, conquering the second-highest mountain on the planet, at 8,611 metres. For this feat verging on the impossible, the team was kitted out with Moncler down jackets, taken to a high standard of specialisation by Lionel Terray, the French mountaineer who has been a key figure in the brand’s history. Sixty years after, the feat is being repeated: Italy and Pakistan are together once again, with Moncler, on K2.

The “K2 2014 – 60 Years Later” expedition is backed by Evt – K2 – CNR. Founded by Professor Ardito Desio and Agostino da Polenza, this organisation has worked in the mountainous areas of the Hindu –Kush – Karakorum – Himalaya for 25 years. Together with the Italian Development Cooperation and the Pakistani authorities, it has helped to create the vast K2 national park. The park has a surface area of 10,000 square kilometres, and its height ranges from 2,500 and 8,000 metres. To promote the outstanding Central Karakorum National Park project, of considerable socio – economic and environmental significance for the region, Moncler has joined forces with Ev – K2 – CNR and the Pakistani team, completed by two “Italian mountaineering ambassadors”.

The mission, which set out in the middle of June, will also be taking part in the Keep Karakorum Clean campaign, by carrying out clean – up operations in the high – altitude camps of K2. We need only think that from 2005 to the present day, thanks to these initiatives, 40 tonnes of waste have been collected, and 12 toilets have been installed on the glaciers. The same projects have also trained 70 high – altitude porters, of whom over thirty specialise in mountain rescue, and around 200 trekking guides. – from Moncler 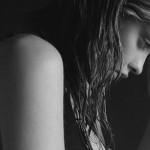 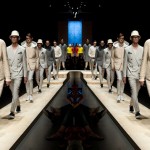