Giorgio Armani presented the Films of City Frames at the St. Lawrence Centre for the Arts in Toronto, however the fashion label is launching the short films today on the specially set up web page. While the special screening event was held during the Toronto International Film Festival of which Giorgio Armani is a proud sponsor, host of the event was the Academy Award winning director and producer Edward Zwick.

Films Of City of Frames connect cities New York, London, Hong Kong, Los Angeles, Paris, and Rome. Each of the short films is shot in one of the mentioned cities. Discover more below: Ella roams the streets of NYC, her favorite playground, in search of games to play.

For almost 50 years, the Tisch School of the Arts has drawn on the vast resources of New York City and New York University to create an extraordinary training ground for artists, scholars of the arts, and creative entrepreneurs. With the arrival of New York University’s global network there are over a dozen global sites available to our students on six continents.

Filmed in collaboration with NYU Tisch School of The Arts The ESRA Group is the largest school of audiovisual arts in France. Created in 1972, it offers three bachelors programs in: Cinema and Television (ESRA), Sound (ISTS) and Animated Movies (Sup’Infograph). It is the only private school entitled by the French government to issue and deliver a State degree at Bac+3 (French equivalent of a Bachelor).

Shot in collaboration with Groupe ESRA. In a symbolic checkmate of life, a man ponders the consequences of his next move.

Filmed in collaboration with the Hong Kong Academy of Performing Arts. Juliet, a London florist, takes a leap of faith when she decides to follow a mysterious man across a bridge.

The National Film and Television School (NFTS) is the UK’s centre of excellence for graduate film and TV training (http://nfts.co.uk). It selects the most talented people to enter the film, games and television industry at a professional level and is ranked by the Hollywood Reporter as one of the Top Four Film & TV Schools in the world outside USA.

Captured in collaboration with NFTS National Film And Television School. Set in a futuristic and bustling LA, a paparazzi embarks on a quest to capture an elusive snapshot worth more than he could have imagined.

Throughout the 20th century and now in the 21st, the USC School of Cinematic Arts (SCA) has nurtured and inspired the writers, directors, scholars, entrepreneurs, producers, animators, interactive designers and others who have developed an unparalleled mastery in cinema, television and new media.

Armani collaborated on the film with the USC School of Cinematic Arts. A trip down memory lane leads a young woman to revisit bittersweet recollections.

The National Film School of the Experimental Center of Cinematography is the oldest film school in the world and it’s the most qualified for teaching cinema professions in Italy. Since 1935, the Experimental Center is the hub of authors and performers who have contributed significantly to the greatness of Italian cinema: Michelangelo Antonioni, Giuseppe De Santis, Steno, Claudia Cardinale, Vittorio Storaro, Dino De Laurentiis, Marco Bellocchio, just to name a few.

VIEW ALL OF THE SHORT FILMS NOW ON FRAMESOFLIFE.ARMANI.com. 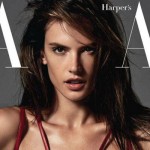 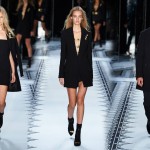