Supermodel Angela Lindvall takes the cover story of Harper’s BAZAAR Singapore‘s May 2015 The Beauty Issue lensed by fashion photographer Yu Tsai. For Only the Brave editorial American stunner was joined by Noel Kirven-Dows and Andrew Lewandowski. In charge of styling was Windy Aulia with hair styling by Shlomi Mor and makeup by Walter Obal both represented by Atelier Management. 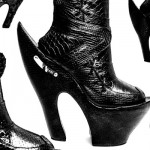 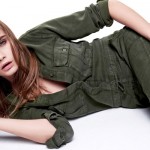