For some reason, the genitals and everything related to them – such as underwear – are considered a taboo conversation topic in pretty much every major culture in the world. Because of this, you are not exposed to nearly the quota of fascinating underwear facts that you, as a man, are entitled to. So, here is a list of some of the most interesting facts from the wonderful world of men’s underwear. • The first men’s underwear took the form of a leather loincloth. Scientists have found evidence that they were worn as far as 7,000 years ago, in fact. Leather drawers went out of fashion, though, once people realized that the immense sweat buildup that the non-porous leather allowed was no fun for the under-regions. Enough said.

• “Going commando,” the term used to reference wearing pants without underwear, actually has a practical purpose for literal military commandos. Since soldiers tend to travel light when on duty, they are often caught in rainstorms. If the rain gets the underwear wet, the wet fabric will irritate and chafe up against the skin it is touching. To avoid this, many soldiers in the field just go without underwear.

• Briefs are significantly more popular than boxers. Studies show that 41 percent of men prefer to wears briefs, while only 27 percent wear boxers. Let your imagination take care of the other 32 percent.

• The thong’s invention was in response to public nudity. To be precise, NYC’s mayor, Florello LaGuardia, wanted to address the issue of nude dancers across the city before the World’s Fair was held there in 1939. To do so, his organization created the thong. The dancers agreed to wear them because they could still show of their shapely bodies in them, but the mayor was satisfied because their genitals weren’t exposed. • Women spend 1,550 percent more than men on underwear. During their lifetimes, women are estimated to spend $31,000 on the luxury while men spend only $2,000.This is mainly because men’s underwear is cheaper. The lesson here, guys, is that you can splurge by spending a few more bucks for quality underwear. Your underwear spending will still be dwarfed by that of females.

• Disney World made their employees wear communal underwear up until 2001. You can google it if you’re skeptical.

• Married men change their underwear twice as much as single men. The reason for this likely has something to do with women being more particular about doing laundry, although it is more fun to believe it has some more cosmic significance.

• The color of underwear you wear on New Year’s Eve will help determine how your life will play out over the next year, according to many cultures. Pink underwear translates to a successful year in terms of romance, for instance, and blue underwear corresponds to good health, and red underwear is for overall luck.

• Thongs for young girls were released by Abercrombie & Fitch in 2002. The skimpy undergarments toted suggestive phrases like “wink wink” and “eye candy.” The public was not amused, and the lil’ thongs were soon discontinued.

• Anti-fart underwear is finally upon us… kind of. Zorflex, a kind of activated carbon cloth that absorbs and kills undesirable microbes very quickly, is being used by some companies to create underwear that completely masks the smell of even the most noxious farts. Zorflex drawers are even issued to British soldiers so that they do not have to wash their underwear for months at a time. Unfortunately, Zorflex is still very expensive, but it is probably the future of undergarments.

• Briefs do not actually lower your sperm count, contrary to popular belief. Excessive heat trapped in the area of your testes, however, will. This means that polyester underwear, which is non-porous and does not allow the skin to breathe, will limit sperm count. So will some briefs that are too tight and not well-designed, but quality briefs will do you just fine. In other words, negative effects on sperm are nothing to worry about if you can dish out a few extra bucks on drawers. So, there you go: 11 facts you probably never knew about men’s underwear. Hopefully, this helpful digest will hold you over in terms of your need for underwear-related knowledge for at least the next few years. The only really practical message that you need to take away, though, is that shelling out just a few extra dollars to buy a high-quality, well-made pair of underwear instead of a dime-a-dozen pair can go a long way. Brands like VKNagrani men’s underwear have you covered in this regard and, without even leaving your desk chair, you can secure yourself several pairs of the underwear your crotch deserves. You should probably replace them in a few years, though. 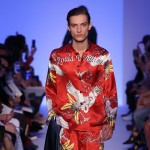 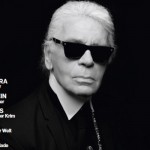