It’s time you meet Fabien Kruszelnicki, founder and Editor-in-Chief of HERO and HEROINE. Born and bred in London and a fine art graduate, Kruszelnicki built HERO as a doorway and walked through it to enter the industry. He invites me to HERO HQ and shares his thoughts on Jean Paul Gaultier, world domination and the new era of menswear.

Fabien was interviewed in London by our D’SCENE Magazine’s Fashion Editor Christopher Maul. Tell me about your background and where you grew up.
I grew up just outside London on the border with London and Essex. I went to a normal school, it was similar to everyone else growing up I guess. You get the best of suburbia and with the city so close by you get all that London has to offer and all the downtime of suburbia. Not really much to shed light on.

Image Above – Robbie Wadge for the Launch Issue by Matthew Kristall, Patty Mitchell for Issue 2 by Fabien Kruszelnicki

Who are your fashion heroes?
There are lots of people I admire in fashion from designers to photographers, stylists, writers, critics and other editors. There is so, so much talent in this industry that really inspires people. From a fashion point of view when growing up, Jean Paul Gaultier, Gianni Versace, Alexander McQueen, and all those kinds of designers that really pushed fashion, image and cultural ideas of what people could wear and how they could express themselves were all big inspirations. I loved their creativity and the way they pushed their ideas and fantasies. Photography wise the list is so long and varied and changes over time. Have your heroes remained constant or do they change?
As time goes by your taste evolves but I am still very inspired by the same people and things they did when I first started to appreciate culture. What I enjoy is seeing how they develop and discovering more and more from people’s archives as well.

Tell me about your background in the fashion industry.
I didn’t actually have a background in fashion. I studied fine art at university. But fashion has been a big influence on me since I was a young teenager. It was the images that captured me and made a mark. What was the process of founding HERO?
It was quite simple if I’m totally honest. We literally just decided we wanted to make a magazine and so just set about talking to some photographers whose work we liked, and that was pretty much it.

What were the biggest challenges of starting the title?
It’s hard to remember specific challenges from when we were first setting up the magazine. After every issue you want to push it further and further, so even if you’re happy and excited about an issue I’m always more excited about the next one and what it could be. I think that’s the challenge every time. When James West (Co Editor-in-Chief) and I first set up the magazine we didn’t plan on it being so big, we just wanted to make something that was exciting to us and for other people. We didn’t feel overwhelmed, just constantly excited to see what we could make next. HERO’s tagline speaks of a new era of menswear. How do you envision this era and what part does HERO play in changing it?
I think the new generation sees fashion a lot differently from before, not just because of social media but also because society is different and more open now. I like to think we are one of the magazines that pushes that, creatively inspiring this and new generations.

The menswear industry, especially in London, is booming right now. Why do you think this is happening now?
I think London has always been a very creative place and you get some of the best people coming out of there. Maybe it’s the way we were brought up, there’s a strong desire to make the best and a constantly struggle to do that. There’s such a diverse culture and heritage and rebelliousness – that makes it a very special place. What started as a London indie title, HERO has become a global brand and is now translated into Japanese and Chinese. What made the Asian market so appealing to you?
We were already selling in Asia and doing really well but we always wanted people to be able to actually read the magazine as well as just look at the beautiful images. As the issues went on we started to have more and more really important and interesting interviews with cultural figures and wanted to have them accessible for as many people as possible to enjoy them.

How would you compare the magazine market in London to other cities?
I feel like London has some of the best magazines available in the world. Not only magazines that are made here, you can get amazing titles from all over the world in London pretty easily. I thinks it’s this London passion that drives people – there are a lot of magazines based here that make it quite a busy place but that just leads to people constantly pushing what they do, which is ultimately a good thing.

Tell me about some of your highlights since the launch of HERO.
Every issue is exciting but highlights would include Hedi Slimane shooting our last four covers, Bruce Weber shooting for us and sharing images from his archives, working with amazing creative teams and also having really interesting documentary shoots.

Would you say the aesthetic of HERO has changed since its launch?
Essentially no. The magazine is very different now and has matured a lot since we started, yes, but essentially at the core we still have the same passion and excitement that drives the decisions about what to do each time. It’s not just about the boys. HEROINE launched last year to cater to the girls. Rather than just giving women some limelight in HERO, why did you feel the need to launch a new magazine?
We were constantly being asked when we would launch a women’s version of the magazine, even though we have many female fans already. We wanted to wait for the time to be right for ourselves before we went ahead and stared a new magazine. There is so many possibilities in womenswear just like in menswear but we wanted to have a magazine that could cater to women more than just making a unisex magazine.

To the fashion insider, HEROINE is a fashion forward magazine for women. To an outsider, the name eludes to a druggy’s next hit . Was this controversial name intentional?
No not at all. It’s spelt differently in the UK, even though it’s the same in France I think. But HEROINE was the obvious choice for us – a HEROINE is a confident woman just like a HERO. (Visit theheroinemagazine.com)

Do you prefer covering menswear or womenswear?
Personally, I still do enjoy menswear but I am getting vey excited about womenswear now as well. There is so much out there and creativity so it’s twice as much fun! I don’t be necessarily see them as different, they both comes essentially from the same world. What are your views on unisex fashion? Should men and women share wardrobes or should we stick to the ‘his-and-hers’ arrangement?
I think people should feel free to wear whatever they like and be happy about it instead of worrying about what is conventional and what ‘society’ predetermines for them. I think with every generation people are a lot less prejudiced and open to personal expression. The less labels the better.

What does the future hold for you and for HERO?
World domination, as always. 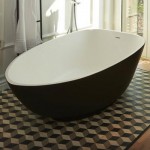 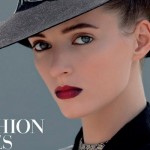