Actor Benn Northover leads the new Ermenegildo Zegna Couture shot for the Stefano Pilati’s Spring Summer 2016 collection. For the session Benn and the model crew behind him were photographed by the legendary Inez & Vinoodh while in charge of the art direction was Giovanni Bianco. Zegna team and the photographers with subtle elegance portrayed Pilati’s take of the label’s quintessential men’s tailoring mastering the classic lines shaped for a trendsetting direction.

In charge of the styling was the renowned Joe McKenna, while hair styling was handled by Christaan, with makeup from Makeup Artist Aaron De Mey.

Northover’s acting career is on the rise, making a mark in both film as well as art scene.

The other side of it, though, is I’m not very good at talking about me. If I meet you at dinner, I’m probably not going to tell you about the Brando documentary I just narrated or the film things I’ve done. I might tell you about the things that excite me, that I think might excite you, too, like raising money for Anthology Film Archives. I mean, I’m very proud of my work. I still get letters from people who watched House of Boys, a film I made that came out four years ago about the beginning of the AIDS virus. So we do leave a trail. But I think on a one-to-one basis, I’m not really a self-promoter. – Benn Northover talking to Tim Blanks for Interview Magazine All Images Courtesy of Zegna 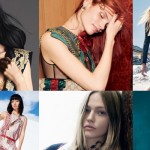 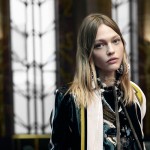