The long awaited comeback of WINONA RYDER is less than a month away, thanks to NETFLIX the Oscar nominated actress is returning with STRANGER THINGS series. An 80’s tale mixing science fiction with world class drama performance set to debut July 15th. A love letter to the supernatural classics of the 80’s, Stranger Things is the story of a young boy who vanishes into thin air. As friends, family and local police search for answers, they are drawn into an extraordinary mystery involving top-secret government experiments, terrifying supernatural forces and one very strange little girl. – from NETFLIX

See the trailer and find more info after the jump: “We really wanted to see something on television that was in the vein of the classic films we loved growing up: the Spielbergs, the John Carpenters, as well as the novels of Stephen King. And to us, what makes all of these stories so great to us – and so resonant – is that they all explore that magical point where the ordinary meets the extraordinary.” – One of the show’s writer’s, Matt Duffer, told The Independent how he wanted to bring back the excitement of 80s cult films 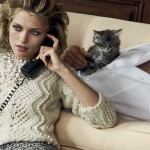 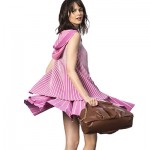