Fall Winter 2016 season is in full swing and the latest label to showcase their new imagery is PORTS 1961. The fashion house has today released the new menswear campaign photographed by their creative director Milan Vukmirovic with styling from Scarlett Viquel. The cast is featuring a striking selection of men inspiring today’s menswear pulled from the fashion industry’s ranks – Nick Wooster, George Cortina, Miguel Arnau and Adonis Bosso.

Discover more of the new campaign after the jump: Nick Wooster is known for his work as a buyer and consultant for brands such as Barneys New York, Bergdorf Goodman, Thom Browne, Guilt Group and Neiman Marcus in addition to Calvin Klein, Polo Ralph Lauren. Today Wooster is enjoying the popularity gathered for his street style, with an instagram followship of over 650 thousand. George Cortina also found himself as part of the fashion industry, today he’s a freelance stylist contributing to fashion magazine’s such as PORTER, Vogue Germany, WSJ – Wall Street Journal in addition to his work on campaigns such as Stella McCartney, Roberto Cavalli and recently featured on DESIGN SCENE Agent Provocateur with supermodel and actress Abbey Lee. Miguel Arnau is another stylist to take the spotlight in Ports 1961 campaign, known for his work on At Large Magazine, GQ Spain, Hercules Magazine and VOGUE Japan to name a few. Adonis Bosso is the only one in the campaign taken from the modelling ranks, the striking model is represented by I LOVE MODELS Management in Milan and is equally busy on and off the runway. Bosso is part of the prestige MODELS.com TOP 50 models list.

All Images Courtesy of Ports 1961 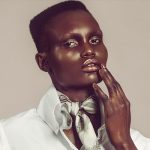 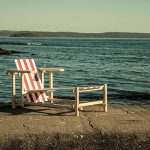