“Dazed was never meant to last. We were like a band in the beginning, thinking we might do a few albums and then self-implode. Twenty-five years on and I honestly can’t quite believe it’s still going so strong. Dazed works because it became bigger than the sum of all of us. It became a youth movement that needed to be made by the people who read it. That’s why we just kept passing the baton on to younger generations. In a way, shooting with Katie for the 25th anniversary cover, was a bit like getting part of the band back together. I couldn’t have done that with anybody but her. Our time together at Dazed, though occasionally fractious, ranks amongst my happiest and most creatively fulfilling. We learnt so much together. The passion she has for what she does is still as inspiring and infectious now, as it was then. For me, Dazed was, and still is, all about that kind of passion. The magazine would have turned out very differently without her. In fact those original editors set a tone that still lives and breathes through the magazine’s pages and online every day. I hope it carries on for another twenty five years.” – Rankin, Co-Founder of Dazed and Editor-in-Chief of Hunger 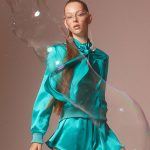 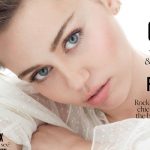