Our contributing writer Matti Bygod explores the third season of Transparent and wonders if it continues to deliver the quality of writing that has garnered the shows critical success.

Transparent is so good at navigating you emotionally from sadness to elation with simple glances and musical cues that you’ll barely notice the entire season only runs about 5 hours long. Compelling stories and character development sound like simple devices for a series to have and you might think a lot of series have this combo but they don’t. If you watch one season of Transparent you understand why people feel so connected to it. Season 3 continues to inspire and crush you just as effectively as the previous two. This season opens with a sobering view of how privilege shielded Maura from the reality many trans people and poor people live in. Attempting to locate a girl who called into a suicide hotline Maura finds herself searching around a flea market with a broken shoe and a missing purse. Eventually finding the girl and getting taken to the hospital by police the sobering truth of how circumstance can be all that removes you from the less fortunate. This sets Maura on an accelerated schedule to transition fully and brings about a makeover. The pressure to “pass” more effectively and have surgery starts to add tension to her relationship with her girlfriend and family.

Not to be forgotten Josh, Sarah and Ali Pfefferman still find ways of being some of the most selfish people you somehow adore and feel a kindred connection to. Jill and Faith Soloway wrote some of the most complex characters on television that have some of the most interesting and educational relationships with gender and sexuality. Sometimes shows or films with controversial content can feel challenging to get into but Transparent holds your hand while it educates you. This series doesn’t expect you to to be politically correct about everything, it doesn’t expect you to know a lot about sexuality or gender but it does want to educate you by making you feel raw emotion for its characters. The themes might intimidate but the way they’re delivered feels so human and visceral. Moments shared between family members or lovers never feels posed or cliche. This season we get to explore more of Judith Light’s character Shelly and how she met Maura when she was Mort. Ali is desperately trying to escape her relationship with her teacher, Josh is coping with a death by using people to distract from his pain and Sarah is clinging to BDSM and her new found Jewish faith to fill her need to submit to and dominate the people and situations around her. Rabbi Raquel is a stand out performance this season dealing with depression from her miscarriage, her failed relationship and the loss of her faith. Kathryn Hahn is so gifted and gives this character so much life and emotional depth.

The third season of a series often sets a course for cancellation or syndication. I was really pleased Transparent hasn’t lost its inspiration to explore themes other shows shy away from. I want to keep laughing and crying with these people. I enjoyed being challenged and I’m eager to watch a 4th season! 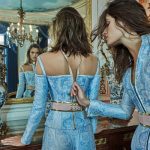 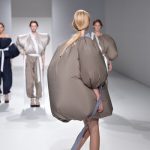