HARRIET MAY hits us with fashion nostalgia and laments over her Grandma’s Last Breath for D’SCENE Magazine‘s issue 05.

Which item of clothing do you most regret losing? Not the most luxurious – you’ve left countless Vicuña wool scarves in bars and you use squars of Mulberry silk as handkerchiefs. It’s never the rarest or the most expensive items, though the thought of that stranger in your Chanel tee – not realising how perfectly it goes with mom-butt jeans and a night out in Peckham – still brings a tear to your eye.

You don’t even miss the pieces that were once-in-a-lifetime bargains. My eBay Watch List reads like the order of service at the funeral of the world’s trashiest clothes. Dead to me but never forgotten, the patent red Dior boots I missed for £8, the bag from Prada’s FW04 collection embellished with logoed robots which sold for £11. They’ll never be mine but can’t be deleted, lest we forget. At wasteful expense I have replaced the Chanel t-shirt, and I still scour online auction sites for ‘Dior boots size 8’ and ‘Prada robot’, yet there is one garment I’ve never managed to replace in my wardrobe or heart. Her name was Grandma’s Last Breath and it’s she who keeps me awake at night. I’ll put it out there right now, Grandma’s Last Breath was hideous. So-named because she looked like a cardigan a blind elderly lady would spend her last days knitting, she was somehow both sickly baby pink and obnoxious neon. Hugely oversized yet stretchy, she was woven from that particular type of shiny 1980s mohair that has certainly never seen a goat. Aged 21 my friends and I adored her.

Grandma was there when my first boyfriend dived into the river at the end of my parents’ garden, smashed his head open on something metal on the bottom and went into shock. Spread on the dusty ground she protected us from ants whilst sipping cider in the park after our university finals. Grandma soothed comedowns and break ups, she mopped up tears and McDonald’s BBQ sauce. Then I let Grandma take her last breath on the 14:39 Northern Rail train service from Manchester Oxford Road to Nottingham in June 2010, and never called the lost and found. I have to live with that every day. I used to lie about losing clothes to my mother. Not tell her I hadn’t lost them or that I had when she bought me something I didn’t like. No, I would lie so that she’d replace them with hers. When I was a child, probably about three or four, she would change into button-up satin pyjamas in the evening. If you were a British child of the 1990s your mum most likely wore these too. Still vivid in my mind is the touch of the silken fabric as I clung to her at bedtime. One day she cut a front pocket from a well-worn pyjama shirt and I slept with it pressed against my face in my hand, the scent of her – Nina Ricci L’Air Du Temps and Johnson’s Baby Lotion – lulling me to sleep. When inevitably the smell wore off to be replaced with whatever substance I’d dragged it through that day, I hid it and begged for another.

Scent binds clothes to memory. Lambskin trunks in my childhood bedroom – engraved with my grandmother’s initials from her boarding school adventures – still smell of her country house. I keep them closed, allowing myself a biannual deep inhale, and then slam each shut in case plumes of elusive scent escape. When friends inevitably leave house parties in various states of undress and disarray, a sniff of a collar or sleeve and will tell me to whom to return them. Aged seventeen I struggled to wash my favourite dresses after nights spent sneaking into clubs and dancing, not wanting to wash away the smell of smoke or the aftershave of some tattooed skinny boy. As if instead of Fairy Non-bio it was nostalgia that would seep between the threads. Those people who spring clean their wardrobe every year, who donate wedding dresses, throw away trousers which only fit them at seventeen, are these the same people who never print their photographs, for whom downloading an eBook on their Kindle is the same as cracking the spine on a new novel?

Perhaps I sentimentalise items I miss, clinging to them rather than the memory. I personify them; it is my grandma I miss when I open a trunk and breathe in that combination of riding boot polish and AGA cooked toast, and the naivety of my youth that I yearn for when I think of that vile pink cardigan. The only place I’d wear Grandma to now is a bad taste party; trust me, even among all those Nazis and Jimmy Saviles people would still recoil at the sight of her, yet I still want her back. Before you throw anything away just pause to consider whether you’ll regret it, and if you had one more day where would you take your Last Breath? 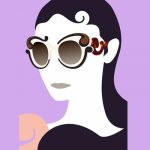 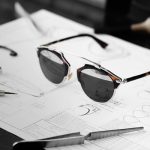