As consumers we are taught to buy new clothes with every season that rolls around. It’s a dangerous trend propagated by fashion giants such as H&M, Zara and Topshop. And while it might feel gratifying to have the latest styles fresh off the runway (or a passable facsimile), it’s doing no favors to our planet. This business model relies on frequent deliveries of the latest trends and apparels to major stores, at sometimes, stunningly low prices. What’s so bad about low prices? The concerns are twofold: damage to the environment and gross human rights abuses to factory workers in developing countries. What types of problems are we talking about here? Well think about the costs that go into making a basic piece of apparel, such as a t-shirt. There’s the material to think about, the thread, the dye and perhaps the screen-printing, and on top of all of that a fair hourly wage to have someone sew it all together. When those factors are considered, it’s highly unlikely that a basic tee will end up on the rails with a price tag of under $10. The truth is that garments that cheap are being made of poor materials and are often produced in hazardous working conditions while simultaneously exploiting the labor market that makes them. Another problem is the sheer quantity of clothing being produced and bought when current garments begin to fray. It would be far easier to simply mend existing clothing. But with current clothes being produced so cheaply, it makes more sense to consumers to just buy new clothes to replace old ones. There are solutions to this fast fashion epidemic, however. The first and foremost being communication. For a problem to be recognized and have viable steps taken towards solving it, people need to be aware of it. Fashion bloggers have a direct line to consumers, making them an ideal channel through which to raise awareness about sartorial sustainability. The best part about this is that anyone can do it. There are numerous companies, such as 1&1, that offer packages for anyone looking to start a sustainable fashion website. Inspiration can be found in other bloggers such as Dress Well, Do Good and Lifestyle Justice, both of which bring sustainable and ethical fashion goods to the attention of the general public.

Of course there are other more tangible ways to oppose fast fashion. Chief among these would be adopting the habit of buying less clothing. Rather source your clothes from ethical retailers and know that there’s no need to buy a whole new wardrobe annually. A bolder alternative would be to buy second-hand clothing. It’s cheaper, retro, and you can often find amazing pieces of high quality from bygone eras. 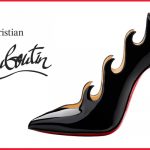 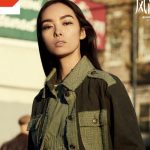