In charge of styling for Beso De Vida story was Patrick Mackie, who for the session selected looks from the likes of Saint Laurent, Stella McCartney, Louis Vuitton, Givenchy, Prada, Max Mara, and Salvatore Ferragamo, among others. 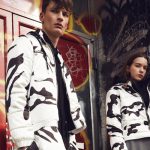 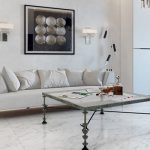