Fashion appears to satisfy two cores human demands, that of novelty and that of conformity. So, determining the role of fashion in our daily life will probably revolve around those truths. While humanity often claims to aspire to distinction, people are rarely comfortable alone. This is why they will conform to the socially accepted fashions of the day. The Goods and Bads of Fashion
While fashion may facilitate social change, it generally only modifies the accepted customs and beliefs. Its influence is never as invasive and intense as people seem to think. It mostly just provides a transition from one belief or custom to another and because it is a surface level representation, it can be readily revised.

We see this happen whenever someone who has achieved fame steps out wearing something no one else seems to be donning. Then suddenly, everyone wants to be emo, hipster, or goth. People who look like that individual briefly experience an enhanced level of prestige. Of course, that wears off as soon as someone else makes a different fashion statement that is readily embraced.

Fashion’s need for novelty is certainly one of its least attractive aspects.

People purchase an outfit, usually spending a good deal of money on it, because it is trendy at the moment. Sadly, within a very short period of time that trend can evaporate and now wearing that snapback hat is no longer the cool thing to do. The poodle skirt is out and the mini is in, but the money has already been spent. This leaves people with a deep sense of loss and a void in their pockets as they are ever striving to keep up with the fashion of the day. Youth of today are most readily affected by the ever changing influence of fashion. There is a deep desire within young people to be autonomous and yet fit in. This may seem like a bit of an oxymoron, but it is the nature of young people to want to express their individuality in the way they dress while simultaneously being accepted by those who are like-minded. This is why we mentioned the need for conformity in fashion.

It is not surprising that young people are completely dependent upon the trends of the day to determine what they wear. Clothes protect the body in more than one way. Obviously, one’s attire will offer protection from the elements, but proper fashion sense will also provide a barrier to the judgmental nature young people often reveal. And, since clothing is frequently representative of one’s socio-economic stature, it is important to adhere to those norms to be seen as someone who has the means to be respected.

Recall the adage that a man is judged by his clothes. Beautiful clothes, those that are deemed in style, are often indicative of an upper level status in society. People will treat that person with a larger degree of respect and care. Therefore, it is no surprise that teenagers, and other members of the modern youth culture, are eager to make all their fashion purchases from stores found in the mall. Brand recognition is incredibly important to one’s acceptance in the upper echelon of human status. This is Why Fashion Matters

Fashion is a cultural sector that has the ability to deeply affect lives. The fashion industry is a highly visible, yet frequently overlooked, entity. People are constantly attempting to make a fashion statement. All one need do is look at magazines, malls, and other places that display ads. And, though many of the designers and celebrities who push these fashions on young people think that the kids understand the impact, the truth is, they do not.

Fashion trends and fads can often be quite detrimental to the general populace despite the innocence portrayed by those who force feed the concept to young people. It is time that we realized that these statements are philosophical and influential. And thereby, deserve the time invested to analyze, challenge, and consider what these fashions and fads are truly trying to convey. Music and fashion are the latest areas of life to become all the more intertwined. Even the big music magazines are beginning to offer fashion spreads while they profile fashion conscious performers and musicians. MTV got a special award for its influence on fashion back in the 80s. So, it’s no wonder that fashion has become a big part of what is cool and entertaining in the eyes of young people. Every teen clique has its own “tribal markings” based on the fashions they employ. Sadly, children are now more actively involved in this emerging market. The market revenue has tripled in the last 20 years. And, because kids are easier to manipulate and influence, and more readily victimized by peer pressure, this is a very sensitive target market indeed. The fashion industry sees its newest audience and is certainly investing more money to market toward their young minds.

As if that isn’t dangerous enough, celebrities and their personal agendas are being given more access to the political arena. And, as people consider celebrities their idols, it is no surprise that they become easily swayed by a celebrity’s personal agenda. When super models are being beckoned by the likes of Castro for private meetings, one has to wonder just where the lines are drawn between the lure of fashion and the need for political sanctity.

In summation, fashion stands to represent what the individual wearing it believes. It shows the industry he/she is associated with and what his/culture embraces as attractive and worthy of emulation. So, a piece of attire often speaks louder than the fact that it is simply a t-shirt.

What someone wears, will often define them in the eyes of those they meet. Therefore, being certain you understand all the underlying messages within your fashion sphere is imperative prior to choosing to add those items to your wardrobe. You don’t want to give off a mixed or wrong message about what you think and believe. That’s the role of fashion in daily life and should be considered. 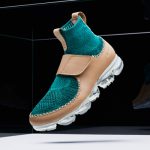 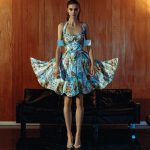