“MOONRAY is a three-minute short film directed as a B-Movie. The plot follows the classical current of these films and is based on the fear for aliens and Earth invasion that becomes, through engrossing narrative, a more ironic vision of how all – human and extraterrestrials – are looking for the same thing: Moncler. MOONRAY is not a conventional fashion film but serves as an ironical showcase of the MONCLER MOONRAY editorial theme. From the silver Jacket take place the fight beyond the Moon, in the frozen planet Glaglax, of the star girl and boy heroes against the alien. The real stars of the film are the jackets: human and alien faced and fight for Moncler, that will cross the limits of the earth to reach the space…“

Also, do not miss the corresponding lookbook featuring runway breakthrough sensation Xu Meen, who was recently featured in an MMSCENE editorial. 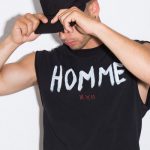 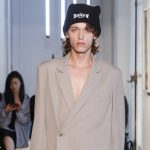